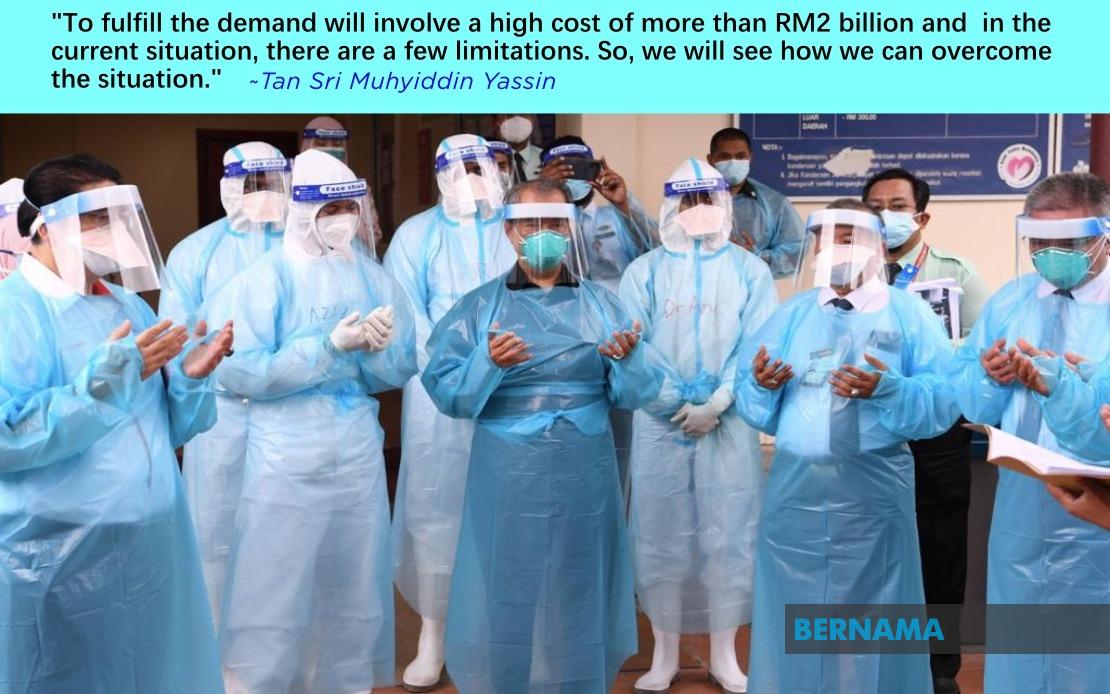 KLANG: Prime Minister Tan Sri Muhyiddin Yassin will discuss with the cabinet on the appeal by contract doctors to be appointed to permanent positions in the civil service.

He said the matter had to be discussed thoroughly as it would involve cost of more than RM2 billion to the government.

“There are appeals from contract doctors, so the proposal paper by the Ministry of Health will be brought to the cabinet meeting.

“To fulfill the demand will involve a high cost of more than RM2 billion and in the current situation, there are a few limitations. So, we will see how we can overcome the situation,” he told reporters after visiting Tengku Ampuan Rahimah Hospital (HTAR) here today.

Health Minister Datuk Seri Dr Adham Baba had been reported by the media as advising the contract doctors to be patient as the matter would be discussed by the cabinet. – Bernama