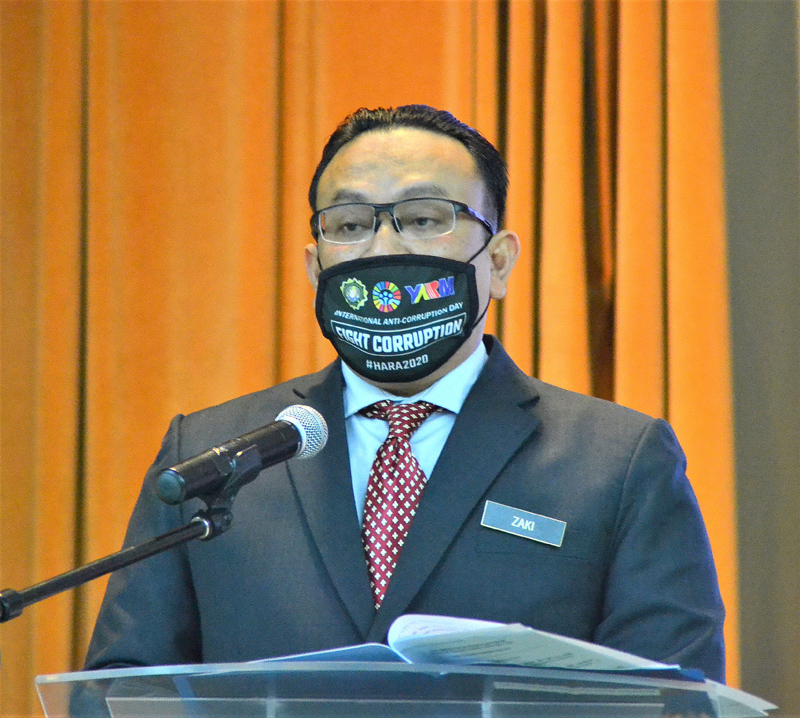 KUCHING: Combating corruption can enhance the image and credibility of local authorities.

Therefore, members of the local authorities are urged to report bribes offered by any parties to the Malaysian Anti-Corruption Commission (MACC).

“We have to give a clear message to the people that there is no price to pay for our dignity in executing what we have been entrusted to do,” said MACC Chief Commissioner Datuk Seri Azam Baki.

“Reporting offers of bribery would also give a clear warning to those with the intention of using corruption to achieve their desires,” he added.

The theme of HARA 2020 at the national level is ‘PBT Perangi Pemberi Rasuah’ (‘Local Authorities Fight Corruptors’), and Azam said this was based on the rational that local authorities play a key role in the development of a state, region, and district.

Azam therefore urged all members of local authorities to be patient and practise a high level of integrity by saying: “Together we shall eradicate all forms of corruption and abuse of power. We can achieve this with strong commitment.”

“Based on MACC’s statistics, civil servants are the group most often caught because of corruption. Every year, almost half of MACC’s overall arrests involve civil servants,” he said.

He stressed that MACC would take strict action against party found to be involved in corruption or abuse of power – regardless of who they were.

He said that thus far, 364 civil servants had received recognition from the government for reporting corruption – with a total reward value of RM670,466 allocated to civil servants.

He said that from 2017 until last year, 40 civil servants in Sarawak received such recognition and were given rewards and certificates.

“The total value of bribes involved in the three years was RM68,710 whereas the total reward value for these civil servants was RM51,210,” said Azam.

He emphasised that the eradication of corruption was a responsibility shared by all parties including government agencies, private sector, non-governmental organisations, politicians, religious institutions, and so on.