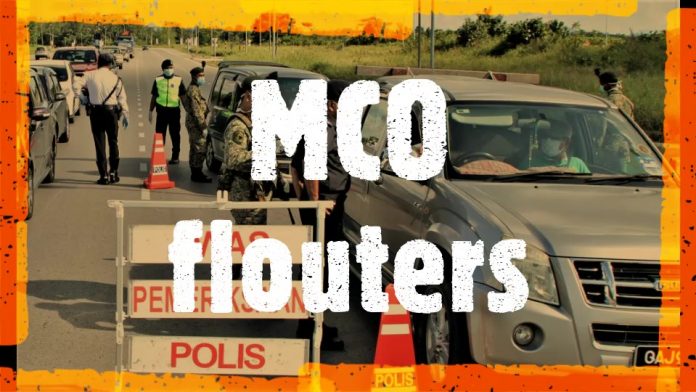 KUCHING: The success of the movement control order (MCO) undoubtedly relies on the compliance level of the public.

With a 95 percent compliance rate, according to official reports, it is evident that some people are still stuck in their daily routine and lifestyle, landing this group in trouble with the law for flouting the MCO.

A survey by New Sarawak Tribune yesterday revealed that most people agreed for stiffer penalties to be imposed on those who disobeyed the MCO in order to effectively flatten the curve of the Covid-19 pandemic.

Anderson Seli, 26, a freelancer, said the move was crucial to further prevent the spread of Covid-19 in the country.

“Immediate arrests and heavier compounds should be applied to those who are negligent and disregard the rules set by the authorities.

“The MCO would be pointless should these people refuse to cooperate,” he said.

Faith Chaya, 27, a researcher, agreed for stiffer penalties to be imposed as it would ensure the safety of the people.

“I believe a stiffer penalty is crucial as it would prevent people from gathering and eventually spreading the disease in case some had already been infected.

“The most appropriate penalties would be longer imprisonment sentences throughout the MCO period with their eligibility for financial aid disqualified,” she suggested.

Faith added that although the penalties might be slightly unfair to some, the move was necessary to effectively implement the MCO.

Rosli Ahmad, 21, who is self-employed, said stiffer penalties would provide awareness for the people to abide by the rules of the MCO.

“Stiffer penalties should be enforced by the authorities to create awareness for these people to follow the rules for effective implementation of the MCO.

“Suitable punishment would be to increase the compound and duration of imprisonment,” he said.

For technician Mohamad Syafiq, 21, punishment was necessary to ensure cooperation from some stubborn individuals.

“Stiffer penalties are necessary for offenders. They have to remember that the MCO is implemented for the benefit of all the people nationwide.

“The punishment should be strictly imposed by increasing the compound and jail time for those who failed to comply with the rules,” he added.

Unevist Nisen, 26, an engineer, opined that stricter penalties and punishment were necessary during the MCO to ensure higher percentage of compliance.

“In return, this would eventually flatten the curve more effectively and we will be able to return to our normal lives much sooner.

“Stricter penalties with longer jail time and higher fines should be implemented.

“Although some people who could easily afford to pay the fines would take the penalty lightly and continue to disobey the MCO. To curb this, jail time and fines can be put in a range of six-12 months jail or RM1,000 to RM10,000 fines each where it’s up to the enforcer to judge which one suits best to ensure no repeated offence by the same person. Surely this can be a good lesson to everyone,” said Nisen.

“In my opinion, the government should implement stricter penalties to prevent repeated offences from irresponsible people. They will continue to do so until they learn their lessons.

“Extended imprisonment time would suit these people for their irresponsible actions in endangering the lives of other people,” she said.