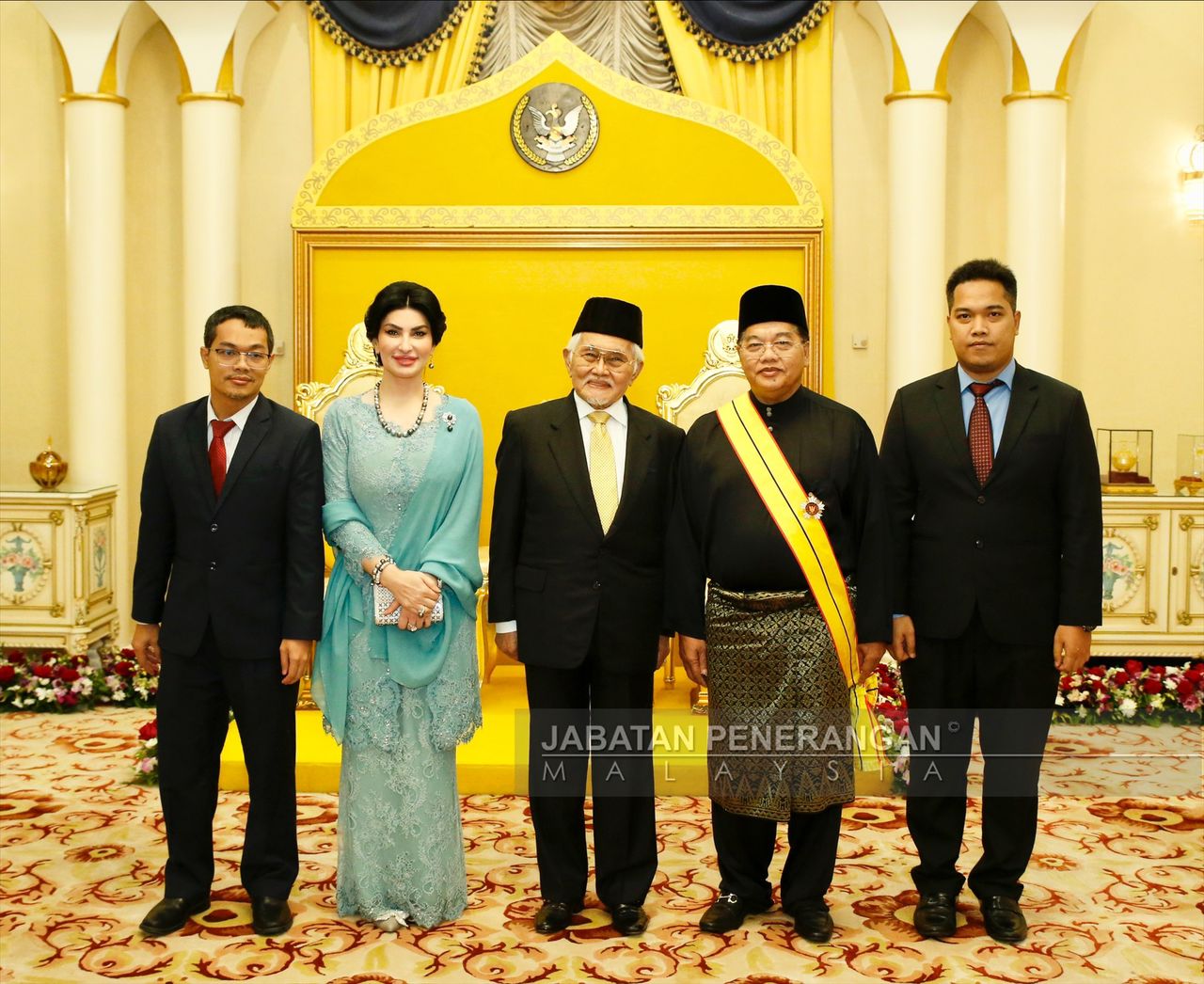 KUCHING: Cambodian Senior Minister in Charge of Special Mission (Islamic Affairs) Datuk Dr Othsman Hassan has conveyed his appreciation to the Sarawak Government for giving him a state award.

He received the award from the Head of State Tun Pehin Sri Abdul Taib Mahmud during an investiture ceremony held at the Astana Negeri yesterday.

“I am very grateful to the Sarawak government who have given me this award. This is an appreciation of the state to the Cambodian government,” he told New Sarawak Tribune when contacted.

He also said in the future, Cambodia is looking forward to collaborating in various areas with the Sarawak government which could bring benefit to both regions.

“We will strengthen our relationship and at the same time work together with the support of the Head of State and Premier Datuk Patinggi Tan Sri Abang Johari Tun Openg,” he said.

“This award is a recognition by our state government of the role Dr Othsman has played in facilitating the process of the release of our Malaysian citizens who were previously detained at Banteay Meanchey Provincial Prison in Cambodia in 2019.

“We are very grateful for that, and that resulted in the release of 47 Malaysians of which 40 of them were Sarawakians at that time,” she said.

She added the fast release of the Malaysian citizens was also a result of a good relationship between the country and Cambodia.

“On another note, we hope that from this episode, especially for our locals, they have to be careful before accepting a job offer overseas.

“Please make sure the recruiters come from a legal agency, and check with our embassy including the Labour Department to avoid being victims of job scams,” she stressed.

Dr Othsman together with the International Non-Governmental Organisation (NGO) head Datuk Dr Mustapha Ahmad Marican and the Sarawak Government had worked closely on the mission to bring home the former detainees who were arrested in Dec 11, 2018 due to being suspected of running a gambling operation.

Fatimah was the minister who led the Sarawak delegation to Cambodia on Feb 14, 2019. Together with her at that time were Santubong MP Datuk Seri Dr Wan Junaidi Tuanku Jaafar, who is now the De facto Law Minister, and former Sarawak Foreign Affairs Ministry director Deddy Faisal Ahmad Salleh.

Meanwhile, of the total detainees, 33 of them are from Kuching, six from Sibu, one from Sarikei, four West Malaysians, and three from Sabah who had returned home on Feb 17, 2019 following the release of the Cambodian government.