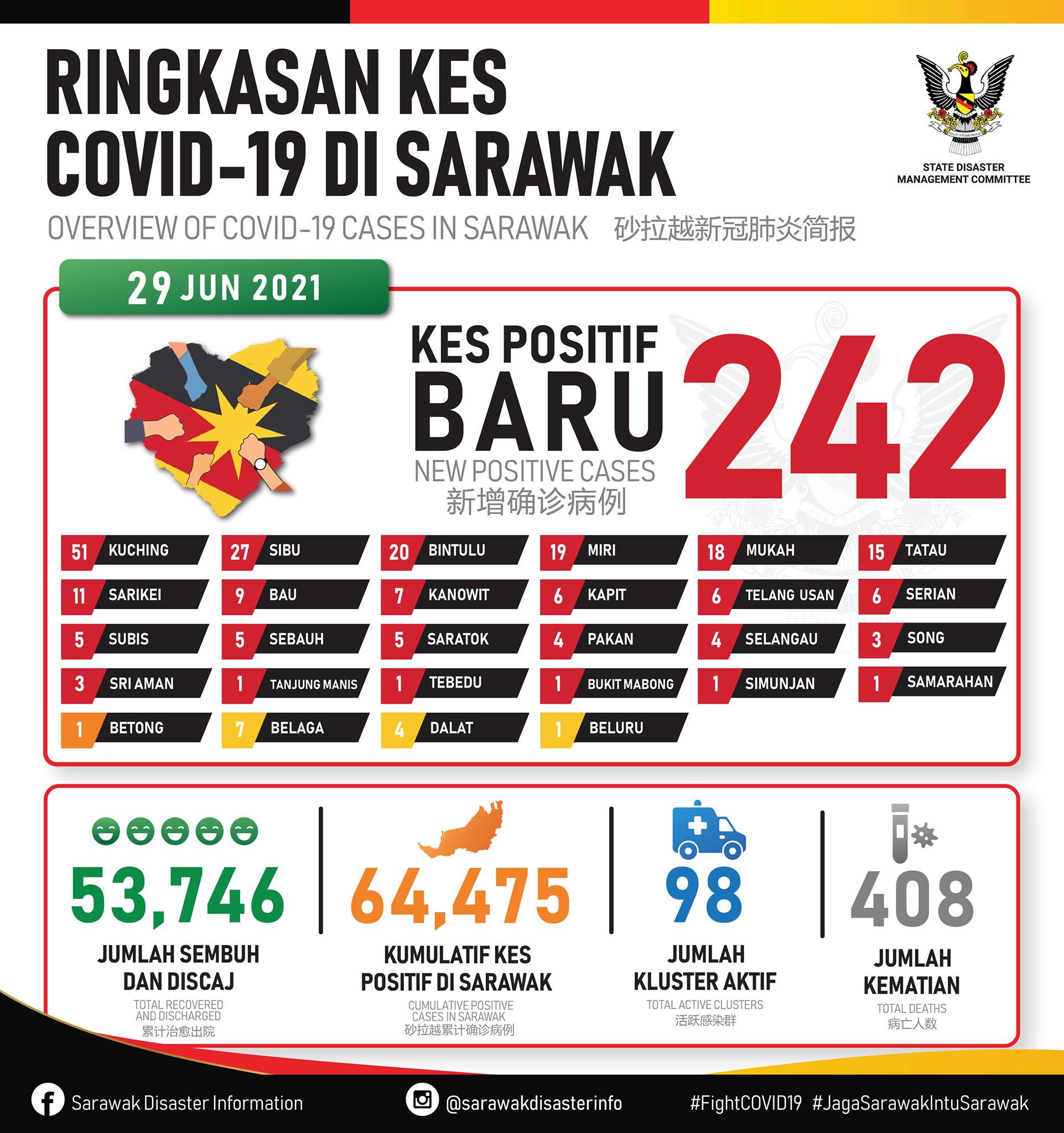 The Sarawak Disaster Management Committee (SDMC) said the total number of cases now stands at 64,475 while the death toll is at 408.

It added that 135 or 55.78 percent of the new cases were detected in the districts of Kuching, Sibu, Bintulu, Miri and Mukah.

Of the total, 30 individuals showed signs and symptoms of infection during screening.

The committee said 608 new cases have recovered and were discharged from hospitals and low-risk treatment centres (PKRC) statewide.

“This brings the number of recovered and discharged cases thus far to 53,746 or 83.36 percent of the total number of cases in Sarawak.

“There are 10,171 individuals still undergoing treatment and isolation in PKRCs and hospitals throughout the state.”

On the latest fatalities, SDMC said the 407th death was a 92-year-old man from Sarikei, linked to the Simpang Koko Cluster.

The victim was confirmed Covid-19 positive on June 24, and he had high blood pressure and dyslipidemia.

The 408th death was a 65-year-old woman from Miri who passed away at Miri Hospital.

The victim was confirmed Covid-19 positive on June 7, and she had high blood pressure and diabetes. 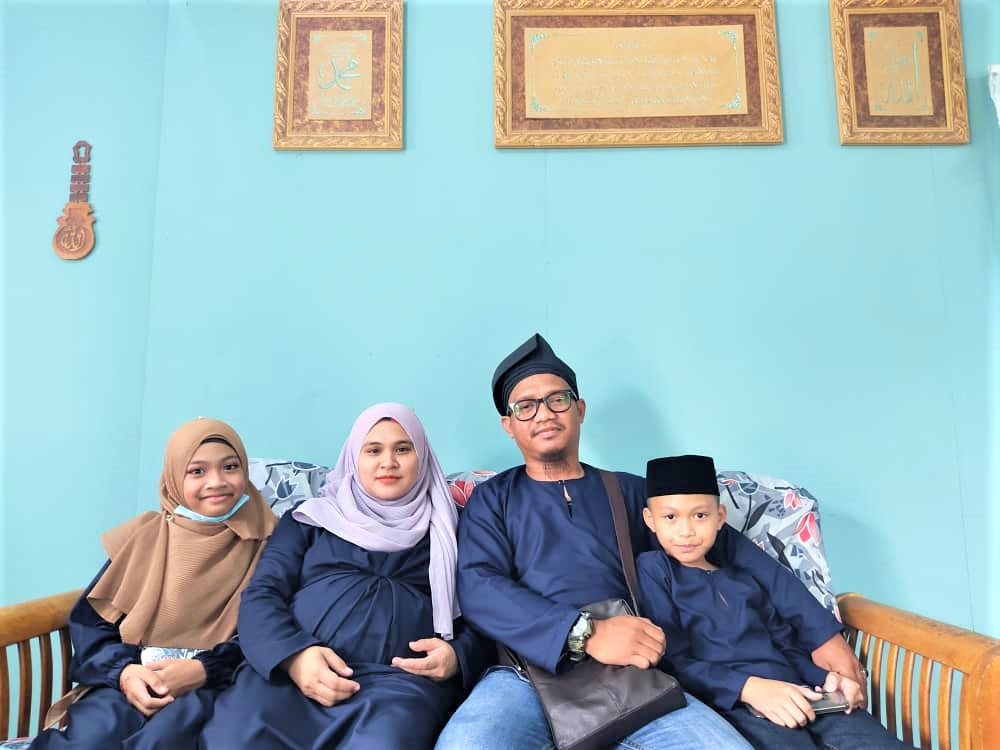 ‘It’s heartbreaking. I can only pray.’; Father in quarantine worries about sick 30-day-old baby 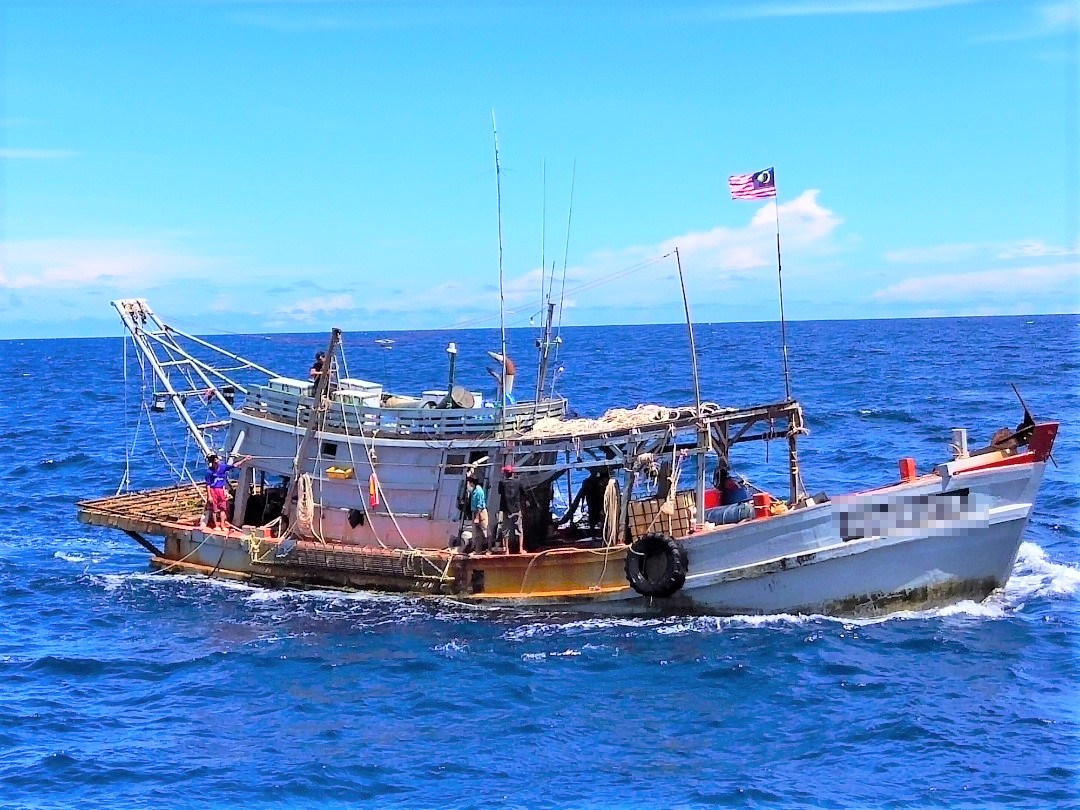