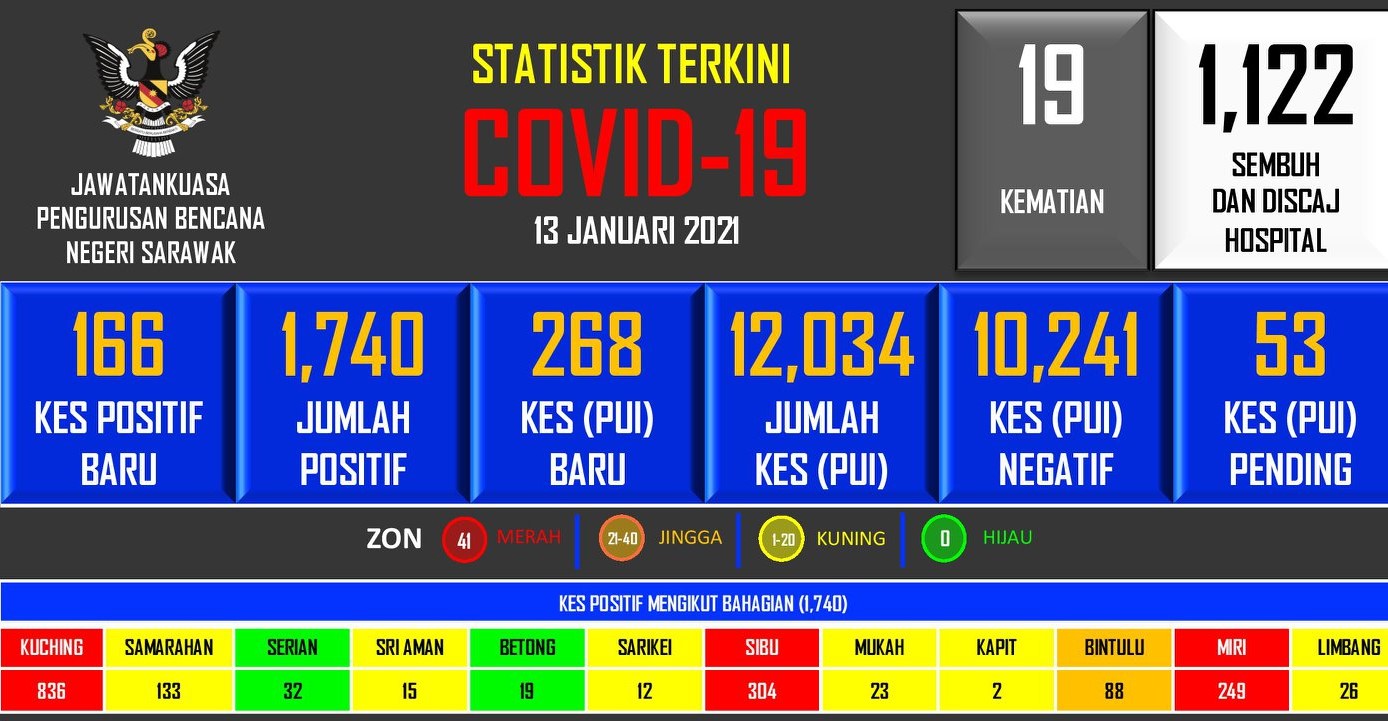 In Sibu, 88 of the 94 cases reported involved the Pasai Cluster, four were contacts of positive cases, and two involved other screenings.

As for Kuching’s 15 cases, 10 were individuals who had returned from Covid-19 risk areas [Selangor (5), Kuala Lumpur (2), Kedah (1), Sabah (1), and Negeri Sembilan (1)], two were from the Stutong Cluster, one was from the Keranji Tabuan Cluster, and another two were from other screenings.

“A total of 268 new person-under-investigation cases were reported and 53 PUIs are still awaiting laboratory results,” said the committee.

Kuching, Sibu, and Miri districts remained as red zones with a total of 449 local transmission cases reported in the three districts in the last 14 days.