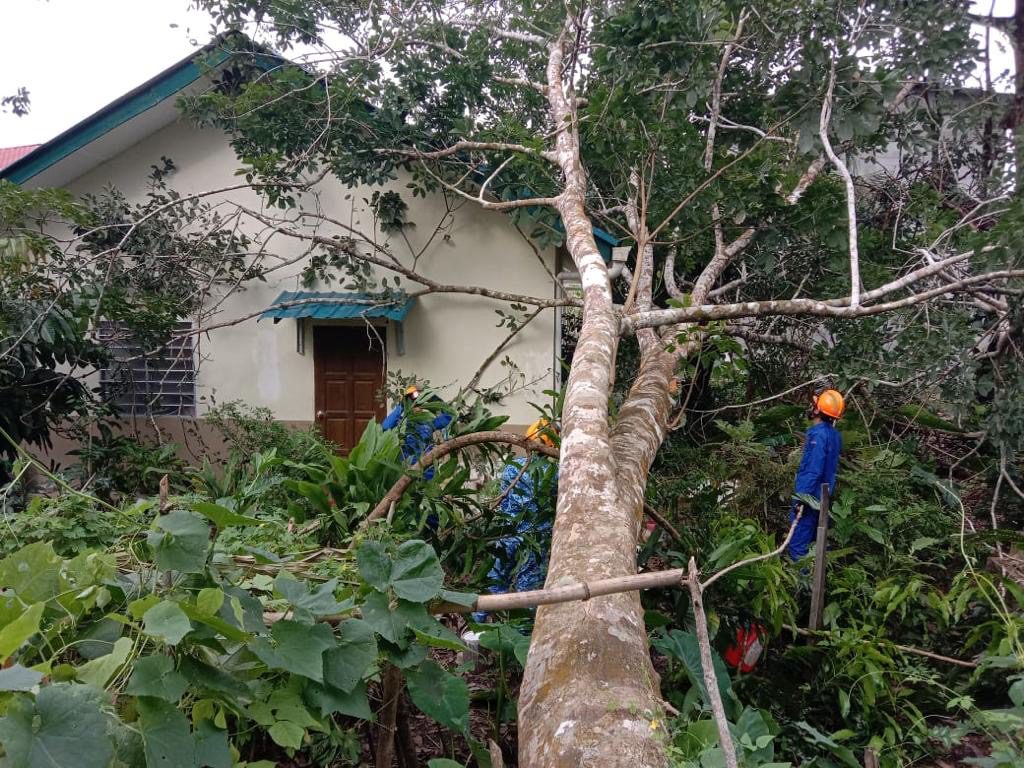 SPAOH: In addition to floods, the monsoon season that hits the country also incurs other risks such as falling trees that should be paid attention to by the community.

Betong District Civil Defence Force officer Second Lieutenant Desem Samuel said, perhaps cases like this don’t happen so much that they don’t get much attention.

“It should be remembered that the current uncertain weather conditions may cause falling trees near the residence that would pose danger.

“Therefore, if it poses danger, cut it down early so as not to invite a worse incident such as falling and hitting a house. Unfortunately, there is no warning,” he said after responding to a case of a fallen tree in Kampung Serembang, today.

He explained the community needs to be more sensitive to the surrounding conditions.

He added that from January to October, the Betong District Operations Control Centre (PKOD) recorded 17 cases of fallen trees.

Commenting further on the incident in Kampung Serembang, Desem said a tree that fell on the back of a residential house caused damage to the roof.

However, no casualties were reported and works were held to cut and remove the debris and the falling tree from the residence.

Miscarriage of justice
Previous Post
Lessons that we never learn from the past!