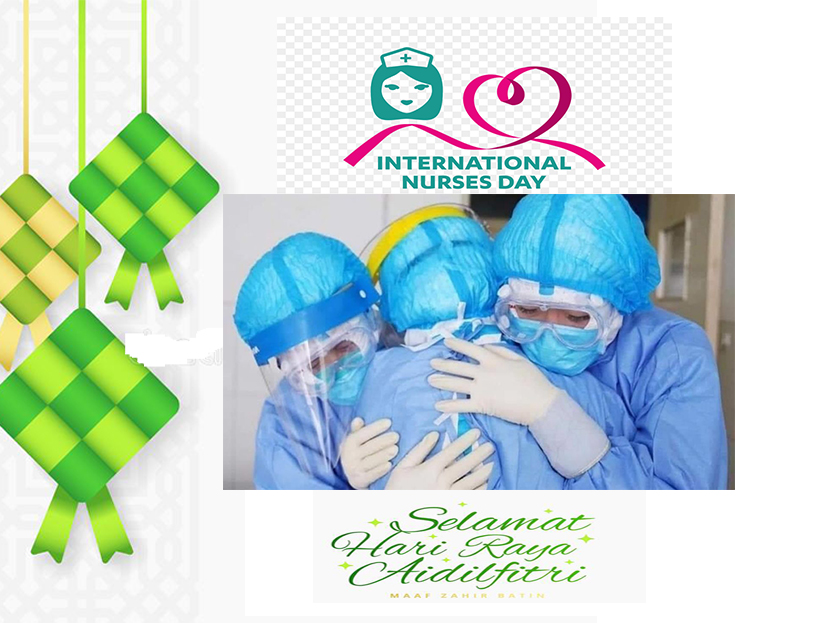 This article is in conjunction with International Nurses Day which is celebrated on May 12 every year.

KUALA LUMPUR: For Malaysians working abroad, the festive season is usually the time they feel the sharp pangs of separation from their families.

Nordiana Arshad, who is working as a nurse in Saudi Arabia, is getting used to celebrating Hari Raya Aidilfitri alone as this is the fourth time, she is not able to return home to be with her family in Klang, Selangor, during the festival.

Nevertheless, it gives her a great deal of satisfaction knowing that she is serving as a nurse — a noble profession by all accounts — in the city of Madinah, the second holiest city for Muslims after Makkah.

Nordiana, 35, who is still single, is currently attached to the haemodialysis division at Madinah Hospital where she has been working since 2015 after serving at KPJ Klang Specialist Hospital for eight years.

“Working abroad has been beneficial for me as I have grown more mature in my thinking and have also learned to be more independent and make my own decisions.

“What is certain is that we gain a lot of experience when we work in other countries. As Imam Syafi’i himself has said, ‘Wander! People who are knowledgeable and civilised do not remain in their village. Leave your state and live in foreign lands’,” she related to Bernama in a WhatsApp interview.

Sharing her experience of celebrating Hari Raya in Saudi Arabia, Nordiana said usually she would be at work on the morning of the first day of Syawal.

“This is the fourth year I am unable to celebrate Aidilfitri with my family. Anyway, I regard it as a sacrifice I’ve to make as it was my decision to go abroad to work and broaden my horizons,” she added.

She said if she is given a day off on the first day of Hari Raya, an hour before the dawn prayers she would head for Masjid an-Nabawi in Madinah where she would wait for the start of the Aidilfitri prayers.

“After performing my prayers, I would return to my residence to celebrate with my colleagues here.

“I would also visit my friends in other cities like Riyadh, Taif and Jeddah,” she said, adding that she would also prepare Raya delicacies such as nasi impit with peanut sauce and serunding and cookies which she would share with her friends there.

“Of course, I feel sad but then who wouldn’t feel sad if they are far away from their families? But I’ve responsibilities to fulfill and anyway, I consider myself lucky that I’m able to hear the strains of the call to prayer from Masjid Nabawi, which is just a 10-minute drive from where I stay.”

Fellow nurse Salfarina Saaban, 43, who serves at the neonatal intensive care unit at King Fahad Armed Forces Hospital Southern Region in Abha, Saudi Arabia, said this is the second year she has been celebrating Hari Raya away from her family. Her husband and four children aged between eight and 17 live in Petaling Jaya, Selangor.

“Come Raya, I would of course miss my home and family and I would make video calls to my family, my mother and my in-laws,” said Salfarina, who has been working in Saudi Arabia for three years.

In Saudi Arabia, she said, Aidilfitri celebrations are usually low-key, unlike in Malaysia where, prior to the Covid-19 pandemic, open houses and other festivities take place throughout the month of Syawal.

“Here (in Saudi Arabia) there are no grand celebrations. The locals here were surprised when we told them that we decorate our homes, host open houses and celebrate for a month,” she said.

Salfarina said she would overcome her longing for home by getting together with her Malaysian colleagues there and cooking Malay dishes such as nasi ambeng, soto, bihun sup and nasi impit.

“We would also be watching Malaysian programmes,” she said, adding that she is able to take leave during Hari Raya as Muslims make up only a small proportion of the staff at the neonatal unit she is attached to.            Her colleague Siti Suhaila Mat Arip, 34, who has also been working at the same hospital for three years, said hearing the strains of the Hari Raya takbir was always an emotional affair for her.

“I just can’t stop my eyes from tearing up as I am reminded of my children and mother (who live in Pantai Remis, Perak),” she said.

Nursyazwani Zainal, 33, who has been working at the haemodialysis unit at Madinah Hospital for a year, said this is the second time she will be celebrating Hari Raya away from her family who live in Seremban, Negeri Sembilan.

“Last year was tough for me as I am used to having my family around me during Raya,” said the nurse.

Nursyazwani said she is now accustomed to the traditions and culture of the locals and is happy that she can perform her prayers at Masjid Nabawi. – Bernama