Thousands of people from all walks of life thronged the Raya Open House of the Sarawak government during the recent Hari Raya Aidilfithri celebrations at the Borneo Convention Centre Kuching where the Chief Minister and his Cabinet members welcomed them to the celebration.

This open house celebration has been the norm in Sarawak not only for Hari Raya but also all the other celebrations like the Gawai (ethnic Dayak post-Harvest celebration), Chinese New Year and Christmas. Friends are welcomed to homes of those celebrating these events and share in the joyous occasions with festive food choices and drinks. 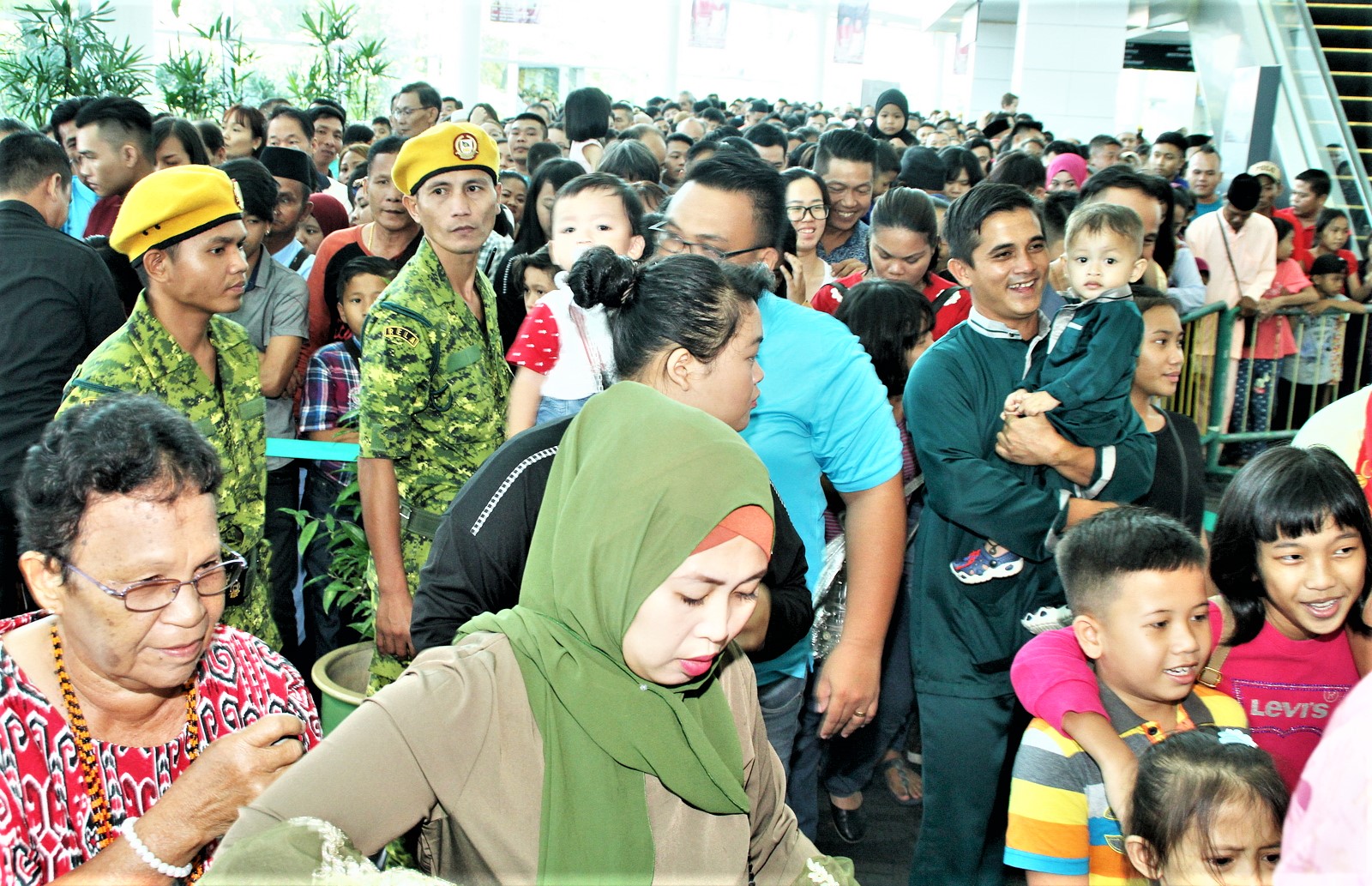 This is the way of life in Sarawak where the diverse ethnic and religious groups join in the celebrations of their friends, neighbours or relatives.

In fact, such joint celebrations by people from different ethnic and religious backgrounds were the norm for Malaysia until the rise of religious fanatics and political groups championing single race or religion or both.

Such toxic infiltrations of religious and racial superiority do not bode well for the nation and tends to divide the country into groups which can lead to social and religious bickering or worse, wars as seen in Europe and elsewhere in Africa, Middle East.

With the new federal coalition government now in place, laws should be drawn up to persecute all those out to divide the people through such means and to encourage social integration of the people from different backgrounds and religious beliefs.

Everyone should be reminded that each and every one of us were born not of our own choosing but the will of God to our parents and each one of us equally loved by our maker.

If he had wanted to, he could have made us all alike, even identical but what a boring world this would be if we are all alike. Let’s accept people for who they are and love, respect each and every one equally for we are created similarly.

There are many ways to foster friendships and love between us Malaysians – foremost accept that we are different but share the same nationality and love for the country. We care for each other’s wellbeing as when my neighbour prosper so will those around him and this is the way forward for our young nation.

Currently, we are still developing as a nation and facing increasing competitions from our neighouring countries who are also aiming to become developed nations and with bigger populations as well as larger landmass. Our advantage lies in our diversity and cooperation between ourselves providing us with different ways to approach issues and finding unique solutions.

Lest we forget, nobody will wait for us if we missed the boat. It’s time we put all our efforts together and move as a single people for the rise of our country or face ethnic, religious strives that benefit no one.

Are passengers covered by insurance?

Local tourism in the new normal