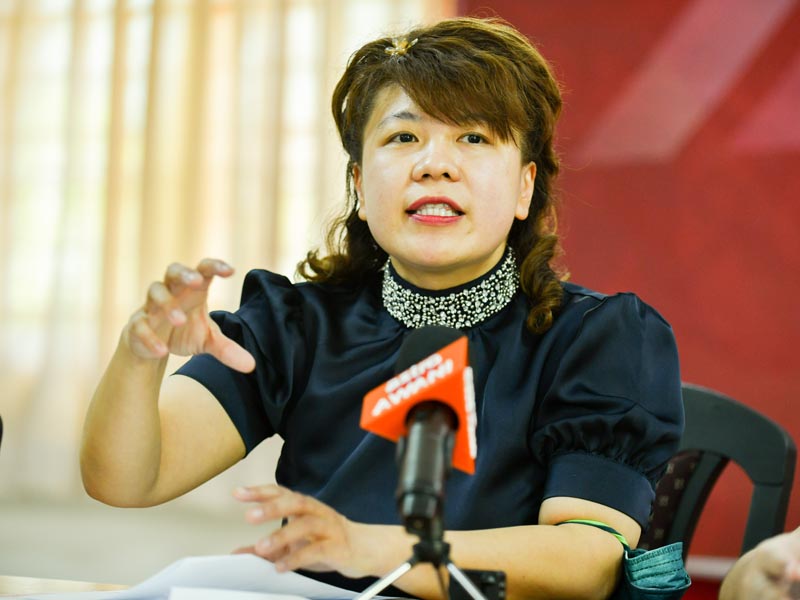 KUCHING: Opposition assemblywoman Violet Yong has called on the state government to address the cement shortage issue in the state.

She warned that if it were to continue, coupled with the rising prices of building materials, the construction industry will be impacted badly.

Yong told the House on yesterday (Nov 23) that the Sarawak government should step in immediately to resolve the shortage of cement supply.

This not only affects the private sector but also the progress of works of many government and private projects, she said.

“The people would like to know what are the steps to be taken by the state government to tackle the cement shortage problem, this is a serious issue and warrants urgent measures to fix it.

“For decades, the sole cement supplier and manufacturer in Sarawak has been Cahaya Mata Sarawak Bhd (CMSB). Despite CMSB monopolising the cement market in Sarawak for years, the problem of cement shortage keeps occurring and never seems to be improved or fully resolved.

“This is totally unacceptable and the state government should not close its eyes to the problem. An immediate solution is needed,” she said.

Yong said one of the ways to solve it is for the state government to do away with the monopoly and practise a free market economy by letting other manufacturers and suppliers into the cement supply market so that cement supply could be normalised and the price of cement stays competitive.

In a similar development, she said it is time to come up with better and simpler procedures for employers to apply for foreign labour permits, otherwise, the state may face a stagnant economy.

“Sarawak is in dire need of foreign workers but unfortunately, the government is making it difficult for companies to hire enough workers.

“From construction to oil palm, big or small projects, they appear to suffer from labour shortage everywhere and due to this shortage, work completion, even small ones are delayed. What more to say, huge projects.

“Even though the Sarawak government relies so much on development projects to boost the state economy, there seems to be no solution or any interest from them to deal with this shortage of foreign labour force that has been ongoing for years,” she said.

She said it takes five to six months to apply for a work permit to enter Sarawak to be processed and that this will result in potential workers switching to other countries to work instead.

“I would like to call on SOCSO, Immigration and the State Secretary Office to simplify the permit application process. Afterall, the state’s economic growth relies on these SMEs and big companies.

If the authorities don’t extend any helping hand especially to the construction and oil palm plantation companies, many projects and businesses may be forced to stop, she claimed.