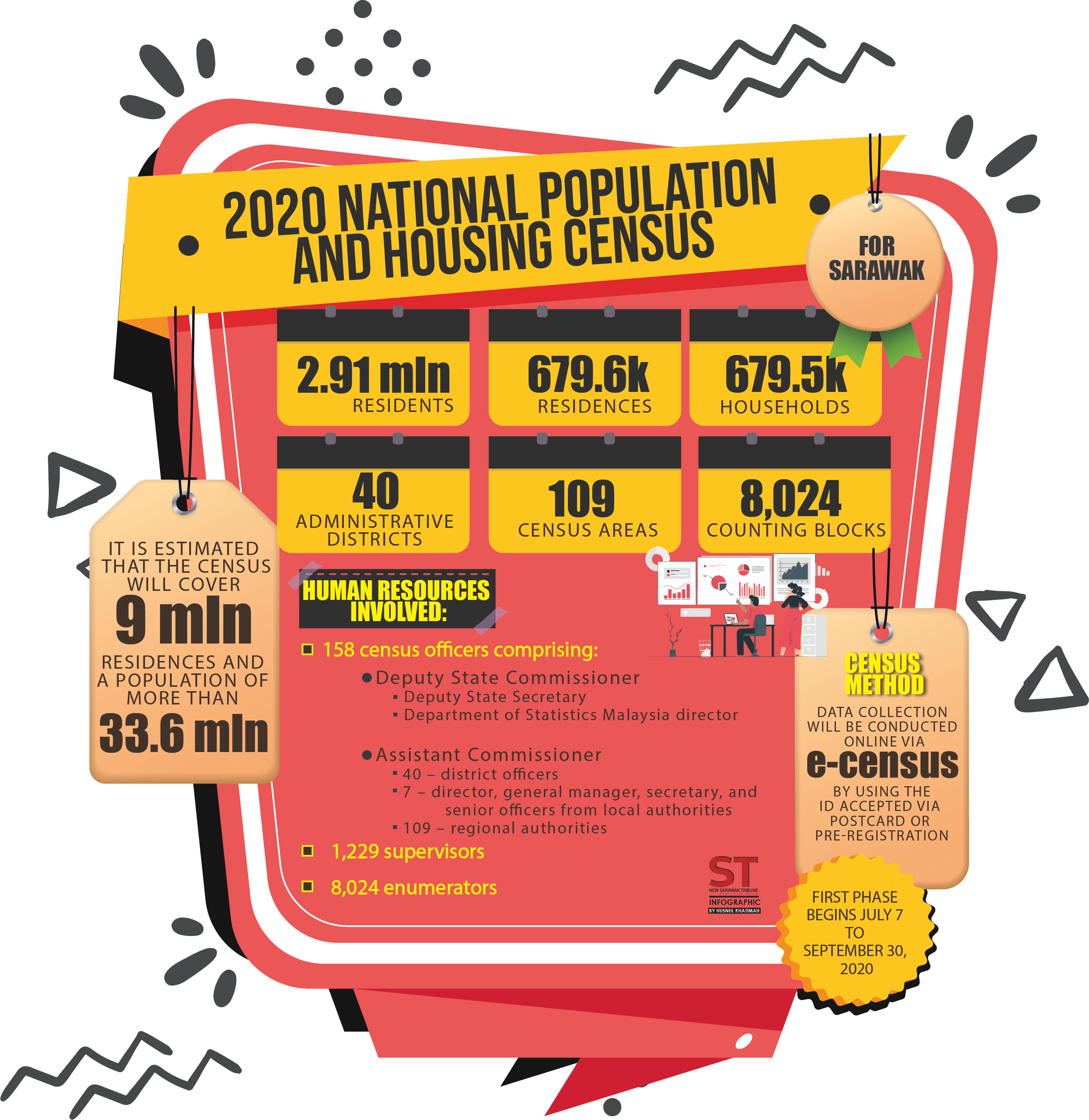 Singling out the relatively low level of average household income in Sarawak, he said the high-income per capita figure for Sarawak did not reflect the true picture of the distribution of wealth in the state.

Abang Johari said this after launching the 2020 National Population and Housing Census (MyCensus 2020) for Sarawak at his office in Wisma Bapa Malaysia here today.

Earlier, the chief minister was briefed on the implementation of the census by Statistics Department deputy director Dayang Rozana Abang Hassan.

Abang Johari said Sarawak’s economic development policy needs to be reformulated and realigned to address the low household income at RM5,218 for 2019 in order for the economic cake to be more equitable to the people of Sarawak.

Sarawak’s GDP (estimated 2019 real GDP at RM136.05 billion) was quite high because of the revenue from the oil and gas industry but did not translate into an increase in the real income of the people, he told the officers present.

Abang Johari said the recent announcement of raising the poverty line from RM980 to RM2,208 by the federal government would certainly relegate more people below the poverty level.

The outcome of the census would help Sarawak to formulate various economic approaches designed to increase the income of the people, he said.

Abang Johari stressed that this was the reason why the data from the census would be important to Sarawak.

He urged the people to co-operate with the Statistics Department to ensure the smooth implementation of the census.

The decennial exercise of Malaysia Population and Housing Census has been held five times since 1970, with the last exercise held on July 6, 2010.

This centralised and comprehensive census system with improved e-Census features provides a unified and integrated framework covering the process of complex data collection, analysis and dissemination.

Additional questions on housing details, health, lifestyle and social relations are also included in 2020 census to capture the changing lifestyle patterns in society.