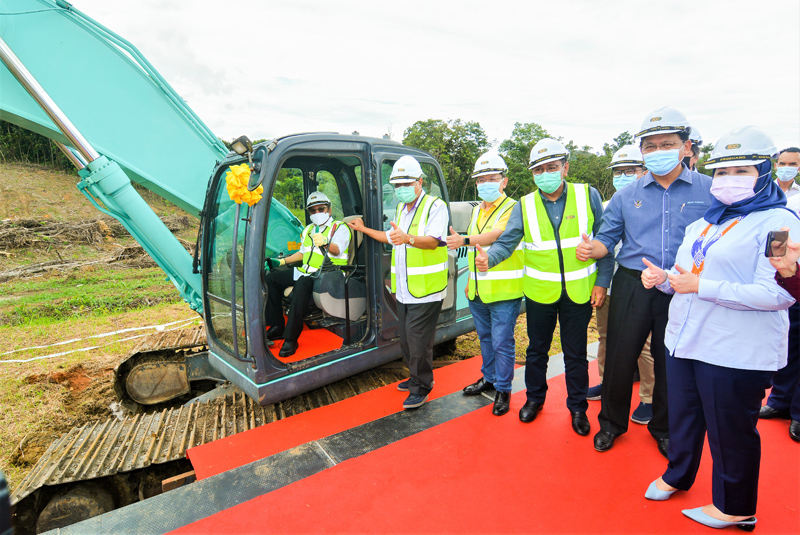 KUCHING: Students who excel at Yayasan Sarawak International Secondary School may be awarded scholarships to further their studies at world-renowned universities such as Stanford University, Oxford University, Cambridge University, and the London School of Economics (LSE).

In saying this, Chief Minister Datuk Patinggi Abang Johari Tun Openg added that this depended on the students’ capabilities and eligibility to enter these prestigious universities.

He said that the state-owned international secondary schools would help to pave the way for students to achieve this.

“Our international schools will train our children to be on par with the international standard,” he said when officiating at the earth-breaking ceremony of Yayasan Sarawak International Secondary School in 12th Mile, Jalan Kuching-Serian here today.

Meanwhile, when met by reporters, Yayasan Sarawak director Azmi Bujang said that with regard to the four universities – Stanford, Oxford, Cambridge, and LSE – Yayasan Sarawak would provide scholarships for two individuals per year.

“These are very competitive and highly regarded universities, so if we have students who are able to gain entry, then we may consider giving them scholarships depending on the discipline and level of study.”

He added that priority was given to post-graduate Masters and PhD courses.