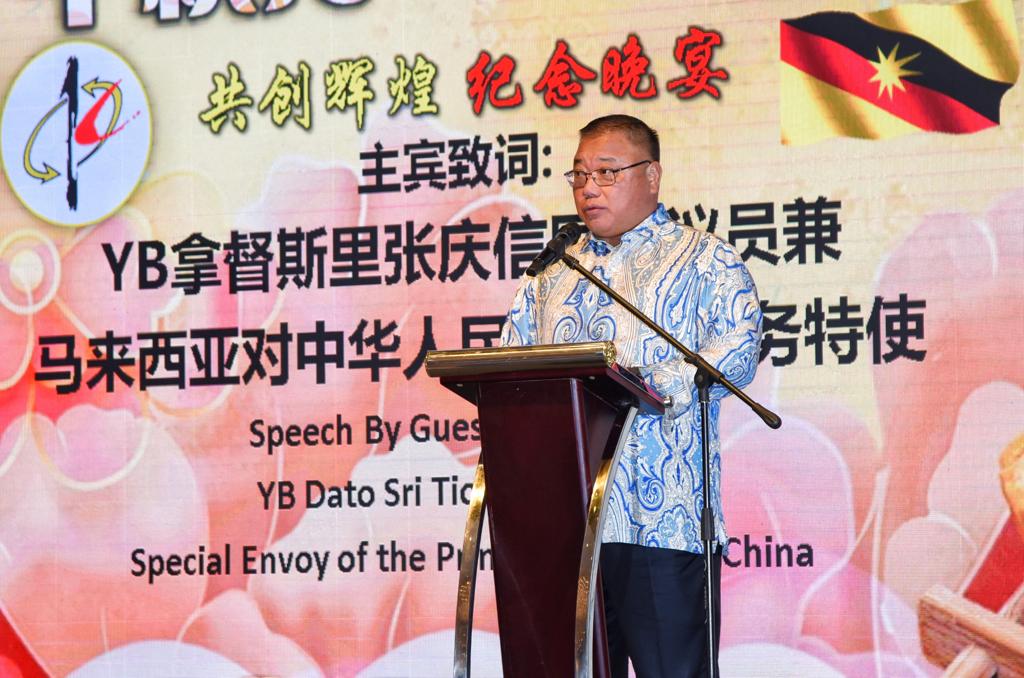 KUCHING: The local Chinese business community has been urged to actively take part in China’s modernisation drive and the opportunities from its spillover effects.

“Venture into projects that can be achieved with a win-win collaboration, while at the same time expanding the Sarawak-China trade and economic exchange,” he said.

He said this during the 48th Anniversary of Malaysia-China Diplomatic Relations and Mid-Autumn Festival dinner at the Shangri-La Restaurant here yesterday.

“According to statistics from the National Bureau of Statistics of Malaysia, China is our largest trading partner in Sarawak.

“In 2021, the trade volume between China and Sarawak accounted for 23.9 per cent of Sarawak’s total imports and exports,” he added.

Hence, Tiong said, with globalisation being the trend, people must actively seek to take advantage of the situation and look into strengthening economic and trade cooperation with China.

“The business community in Sarawak is facing the impact of an unstable global situation, a dilemma similar to other ASEAN member states.

“The question is who can more effectively seek change and face challenges. So, improve production through reforms; look for and seize opportunities; these are the only ways to break through to the next level and work together to push Sarawak-China cooperation to a higher level,” he pointed out.

On another note, Tiong, who is also the Bintulu MP, said the prosperity and failure of an organisation or association is inextricably linked to the unity of the organisation.

“It is a pity that (there are) internal disputes and divisions within local Chinese associations.

“But, the growth, transformation and prosperity of an association depend on internal unity and the ability to mitigate its affairs well,” he stressed.

In addition to good operations, he said, there must also be a sound and responsible handover of duties and succession.

“In this way, the operation and development of the organisation’s affairs and activities can proceed well,” he pointed out.

At the event, Tiong also announced an allocation of RM30,000 for the Kuching-China Trades Importers and Exporters Association (KCTIEA) to build its new office.

State is looking to future of sustainable development for steady economic growth
Previous Post
It happened in the blink of an eye, says croc attack witness