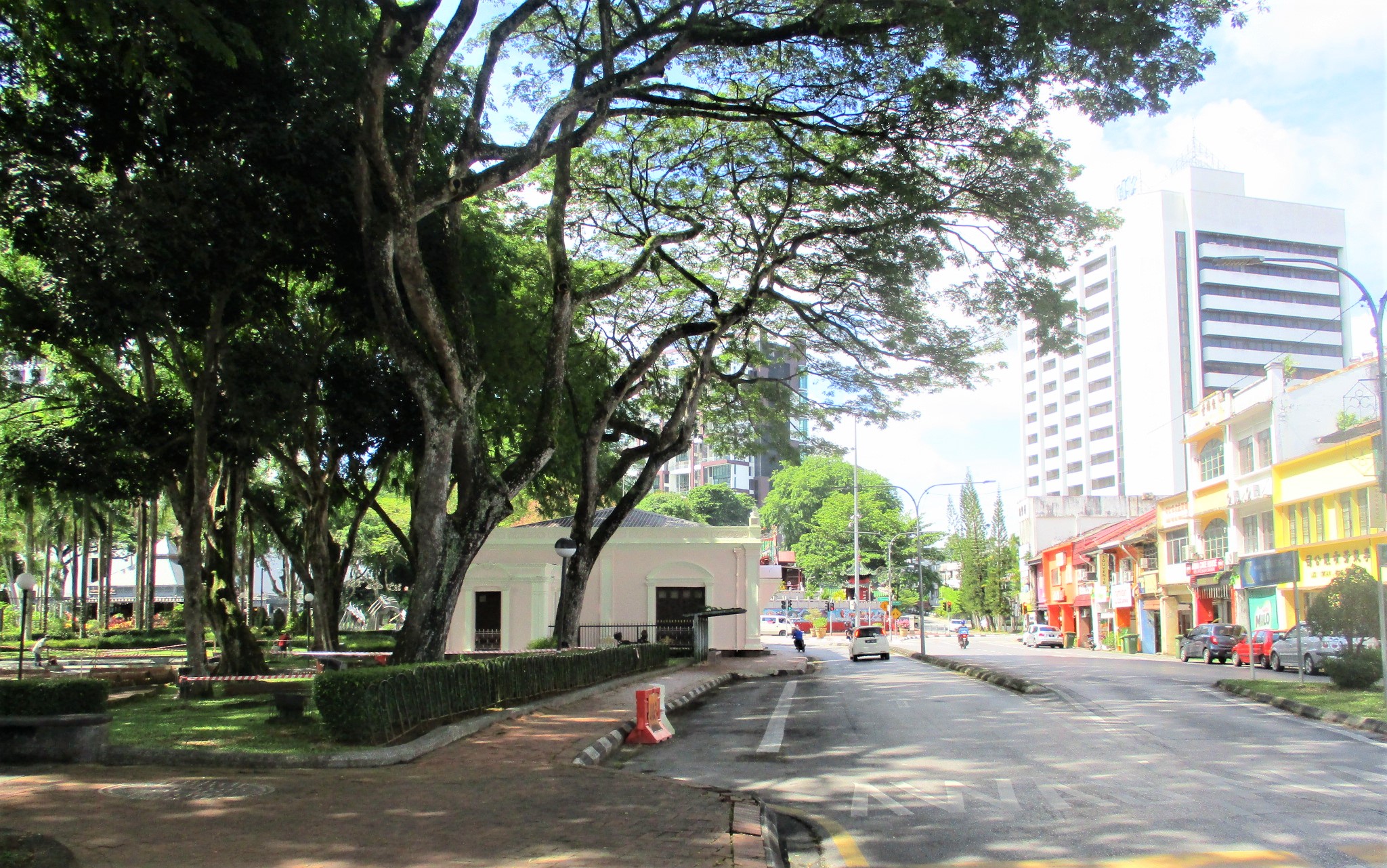 After 1832, Singapore became the capital of the British Straits Settlements and this triggered a mass exodus of Chinese “Sinkeh” from mainland China to seek their fortunes in the Far East. A handful decided to sail across the South China Sea, to help build up the country and make it their home. In the first of this seven-part series, we take a look at the history of Sarawak’s Chinese pioneers.

One of the first Chinese to settle in Sarawak during the formative Brooke Era was 17-year-old Ong Ewe Hai, a Singaporean Hokkien.

Born in 1830, Ewe Hai had a difficult life in Singapore. When he was seven, his father Ong Koon Thian died. To add to his woes, his widowed mother had to bring up the young family of six comprising Ewe Hai, his two brothers and three sisters.

With little or no education, Ewe Hai had to help his mother make ends meet by doing odd jobs. It didn’t take long for him to be a street smart petty trader.

Spotting the talent and enthusiasm of the teenager, an older friend, Lim Eng Moh told him that there were riches to be made in Borneo — a land of “milk and honey”.

Without adieu, they both left for Kuching and discovered that there was great profit to be made by barter trading with the natives.

In 1846 — four years after James Brooke became Rajah — both of them established the Ewe Hai and Moh Company. Ewe Hai regularly returned to Singapore to purchase items which were most sought-after in his trade.

Even as a 16-year-old, Ewe Hai was a trusted businessman and the business community gave his cash on credit, based on his honesty.

However, it was tiresome as he had to personally carry his purchases from Sarawak and physically carry the products with him on the ship back to Singapore.

Ong Boon Lim in his publication “Ong Tiang Swee of Sarawak” (1988) said: “Travelling in those faraway days of sailing vessels was very irksome and uncomfortable and the voyage to Sarawak often took from three to seven days.

“With the proceeds of each sale, Ewe Hai purchased a miscellaneous lot of suitable and attractive goods which he took with him to Sarawak.”

By the time the Hakka gold miners from Bau burnt down Kuching in 1857, Ewe Hai had become a successful businessman involved in Sarawak’s “golden crop” — sago processing and export of commodities such as gambier and pepper.

He also imported textiles and other necessities for Kuching as the population and his reputation grew.

His business flourished and Ewe Hai brought in another partner and established Kay Cheang, Ewe Hai and Company in Singapore.

In the early days Ewe Hai befriended a Malay trader and often when he went out with Lim Eng Moh, he would stop at his Malay friend’s house where a meal of banana shoots and rice was served for breakfast.

A favourite of Rajah Charles, Ewe Hai was appointed as his Chinese Affairs advisor and later “Kapitan China” or headman of the Chinese community. In 1871, he formed the Kuching Hokkien Association.

One of Ewe Hai’s legacies was the construction of a row of 40 two-storey shoplots at the present Ong Ewe Hai Street after the Great Kuching fire of 1884.

The fire started at one in the morning on January 20 at the corner shop of the Carpenter-China Street junction. Fanned by strong winds, the fire spread to Bishopgate Street and Main Bazaar to as far as Rock Road. By 6am, 190 shops were destroyed.

Within the next two years of the incident, Ewe Hai together with a founding member of Ghee Soon association, Law Kian Huat help rebuilt Kuching.

Law who had heard about Sarawak from Ewe Hai, first arrived in Kuching in 1852 and helped built the first shops alongside the Sarawak Steamship Company godown.

WJ Chater in “Sarawak Long Ago” said: “The shop houses which had been destroyed were gradually rebuilt over the next two years — 70 in 1885 and the rest in 1886. In the meantime, the government built temporary attap houses for those who were homeless.”

Ewe Hai passed away after a short illness on June 9, 1889 at the age of 60 and was buried at his estate behind the Holland Road Railway station in Singapore.

Born in Kuching on August 3, 1864 Tiang Swee was the first member of the Sarawak Ong clan to have an English education.

After completing his primary education at St Thomas’ School in Kuching he left to further his study in Singapore where he married just after the Great Kuching Fire of 1885.

After his wife died two years later, he returned to Singapore where he married for a second time and brought his new wife to Kuching.

By now, Tiang Swee had begun to manage his father’s business and with his background in English, he became a prominent member of the local community.

In 1889 and at the age of 26, he succeeded his father as “Kapitan Cina” and chairman of the Hokkien Association.

Described as the “Father of Economic Development” for Sarawak Chinese, he was appointed a life member of the Council Negri (legislative assembly) and Supreme Council (cabinet) and became Chief Magistrate of the Chinese Court in 1911.

As a founding member of the Kuching Municipal Council and Hokkien Free School, he was elected as the advisor to Rajah Charles Vyner Brooke on the Sarawak Opium Farm and Rubber Export Board in 1924 and 1926.

He was also one of the Charles’ hand-picked “Committee of dministration” who ruled Sarawak from 1923 till the end of the Second World War.

During the Japanese occupation, Tiang Swee and his family risked their life to send food to inmates of the Batu Lintang internment camp.

Just before the war, two of his sons followed in his footsteps; the eldest, Kwan Hin (born in 1896) and Hap Leong (1901) became the Hokkien Association chairman-cum-Kapitan Cina and Council Negri members respectively.

If both Hap Leong and his friend had attended the meeting and chosen to vote against the cession, history would have been altered because Sarawak would have been given away to Great Britain to become a Crown Colony.

Sarawak would have taken an alternative path on the road to Independence.

Sarawak in the pioneering days

In the early 1820s, Kuching which was then known as “Sarawak” was a tiny village comprising 100 local Malays and a handful of Chinese birds’ nests traders.

However, with the discovery of antimony ore in the upper reaches of the Sarawak River and gold, Singapore merchants headed for this remote Borneo enclave to do business.

Taking advantage of the boom, the Sultan of Brunei sent a “viceroy” and soldiers to tax Bidayuh antimony miners and local Malay aristocracy who were profiting from sale of the precious alloy.

By the mid-1830s the new “Governor” from Brunei, Pengiran Indera Mahkota had enriched himself at the expense of the local population, prompting a rebellion.

Incensed by Mahkota’s action, Sultan Omar Ali Saifuddin sent his heir “Raja Muda” Pengiran Hassim to pacify the Sarawakians but he too found it difficult to win over the local Malay leaders.

On August 15, 1839 Englishman James Brooke and his crew of 20 in the armed vessel “Royalist”, sailed and within two years had ended the insurgency and was appointed “Rajah”.

After restoring the Malay aristocracy to its former status as stewards of Sarawak, Rajah Brooke began to establish a peaceful country which attracted more businessmen.