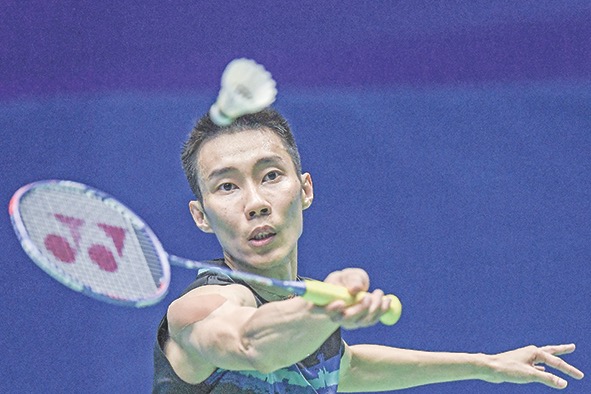 KUALA LUMPUR: Badminton great Lee Chong Wei has pulled out of next month’s Malaysian Open, despite being given the all-clear after cancer, throwing his Tokyo 2020 Olympics dream into jeopardy.

Lee was advised by doctors against putting “undue stress” on his recovering body, the Badminton Association of Malaysia (BAM) said in a statement late Tuesday, after the 36-year-old travelled to Taiwan at the weekend for a post-treatment check-up.

“In order not to put his body under undue stress, Chong Wei (pic) has been advised to withdraw from the upcoming Malaysia Open,” the BAM said.

“We also urge everyone to give him the space and time required for his recovery.”

The triple Olympic silver medallist has been out since July last year when he was diagnosed with early-stage nose cancer.

The former world number one endured a tough treatment programme in Taiwan but opted not to retire and resumed training in January.

Lee originally planned to come back at the All England Open earlier this month but then delayed his return to April’s Malaysia Open, where he is the defending champion and has won 12 times.

Lee, silver medallist at each of the last three Olympic Games, has dropped to 41st in the world since his illness with two other Malaysians ranked above him.

He will need to begin climbing up the rankings to get a shot at elusive gold as countries are able to send a maximum of two singles players to the Olympics, provided they are both in the world’s top 16. – AFP