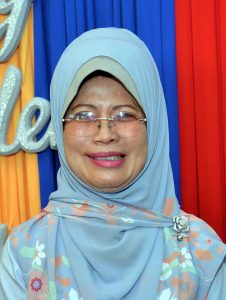 KUCHING: The Sarawak Athletics for the Disabled 3rd Circuit 2019 gave people with disabilities the opportunity to develop their self-esteem and confidence, as well as to promote better social connectivity and a healthier lifestyle.

Its minister Datuk Seri Fatimah Abdullah (pic) is proud to have organised such an event on a
collaborative effort with the Paralympic Division of the National Sports Council (NSC) as much effort has been put into developing people with disabilities and promoting inclusiveness of the disabled community into mainstream
society.

The athletes were from the physically impaired, intellectually impaired and visually impaired categories and came from Sarawak, Sabah, Kelantan and Selangor. In addition to this, two circuits were previously carried out in Melaka and Sabah.

From these three circuits, those who showed potential were shortlisted for a final circuit which will be used to select athletes for the Asean Para Games 2020 which will be held in Manila, Philippines.

Fatimah expressed her appreciation towards efforts to provide people with disabilities opportunities.

Harvard experts to talk on leadership

SAR ops for teenager who fell into river

JKKKs to have more responsibilities

Harvard experts to talk on leadership