“It is a cardinal rule of statutory as well as constitutional interpretation that no one, including the courts and ‘experts’ like Prof Shad, should read into the law, words or provisions which are not there, based on the fundamental rule that judges and even ‘experts’ have no law making or law amending powers,” he said in a press conference at his office yesterday.

Fong said federal sales tax should not be levied on matters in the State List if Shad’s argument is taken to its logical conclusion.

“In the final analysis, what Prof Shad said on Petronas’ arguments, is not only against the spirit of the Malaysia Agreement but will open the floodgates to taxpayers not paying taxes imposed by federal laws on subject matters which are clearly under the State List,” he explained.

Shad stated on Tuesday that petroleum is under the Federal List, thus the state has no power to impose taxes on the commodity. 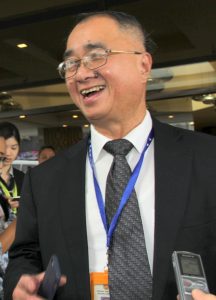 Below is a  transcript of State legal counsel Datuk Seri J.C Fong’s statement in verbatim in response to Prof Datuk Shad Saleem Faruqi regarding state sales tax on petroleum products.

1. Professor Shad Saleem Faruqi claimed that the State can only impose State Sales Tax (SST) on items under the State List in the Federal Constitution when delivering a lecture in Kuching on 8th October, 2019 on ‘the Spirit of the Malaysia Agreement 1963 (MA 63) in our Constitution’. He was articulating what seems to be Petronas’ argument that the State cannot impose SST on petroleum products which is in the Federal List.

2. The ‘spirit of MA 63’ is clearly expressed in para 24(1) of the Inter-Governmental Committee (IGC) Report which is now an annexure to MA 63. This para reads:

“Taxation, including in particular customs and excise duties and taxes on incomes and profits, should be a Federal Subject but each Borneo State should have the power to impose a Sales Tax, if it wishes, provided that any Federal sale tax would take priority over a state sales tax and provided that discriminatory rates would not be imposed on goods of the same type but of different places of origin.”

3. This recommendation is now incorporated into Article 953(3) of the Federal Constitution (FC). The recommendation and Article 958(3)(c) clearly envisage that SST and federal Sales Tax could be levied without discrimination on goods of the same type. However, ‘federal sales tax shall be met out of sums collected from a person liable for that tax before a charge for a State Sales tax’. This means where a taxable person is charged both federal sales tax and state sales tax on goods of the same type, federal sales tax enjoys priority in payment. There is no restriction stated in Article 958(3) that SST can only be imposed on those goods or services forming the subject matters in List II or List IIA (State List) in the Ninth Schedule of FC.

4. Amongst the goods subject to federal sales tax listed in the Third Schedule to the Sales Tax (Rate of Tax No. 2) Order [P.U.(A) 93/2008] are petroleum gases and other hydrocarbons — Liquefied and natural gas. Therefore, pursuant to Article 953(3) of FC, State Sales Tax may also be imposed on liquefied natural gas or ‘petroleum gases’ subject to the condition that payment of federal sales tax by a taxable person takes priority over payment of SST on the same type of goods.

6. It is a cardinal rule of statutory, as well as constitutional, interpretation that no one, including the Courts and ‘experts’ like Prof Shad should read into the law, words or provisions which are not there, based on the fundamental rule that judges and even ‘experts’ have no law making or law amending powers. Therefore, there should not be read into the clear provisions of Article 958(3) FC, any words which have the effect of restricting or confining the rights of the State to enacting laws to impose SST only on goods which are on the State List.

“96. No tax or rate shall be levied by or for the purposes of the federation except by or under the authority of federal law.”

8. Parliament cannot pass any law (federal law) on matters listed in the State List; and ‘federal purpose or purposes of the federation’ is defined in Article 160(2) to mean, inter alia, purposes of the Federation in connection with …… matters with respect to which Parliament has power to make laws otherwise than by virtue of Article 76. Additionally, Item 4(e) of List I (Federal List) covers ‘property and its transfer and hypothecation, except land’. This means federal parliament and the federal government has no legislative or executive authority over transfer of land or property.

10. In the premise, the constitutionality of taxes like real property gains tax and stamp duties (levied upon the authority of federal laws), which have to be paid, on transfer of land, could be successfully challenged in Court. I am sure many Sarawakians would want to take a similar stand like Petronas, not to pay these types of federal taxes which they view as unconstitutional, and the Registrar of Lands in Sarawak can be compelled by an Order mandamus from the Court, to register instruments of land transfers which have not been paid stamp duty.

11. In the final analysis, what Prof Shad said in Kuching on Petronas’ arguments, is not only against the spirit of the Malaysia Agreement but also, if he were right in his opinion (which I am sure would be of grave concern to federal tax authorities) then, it will open the floodgates to taxpayers not paying taxes imposed by federal laws on subject matters which are clearly under the State List, like transfer of land or for taxpayers to challenge in Court the imposition of taxes like real property gains tax and stamp duties whenever they transfer or dispose of land.

12. The proper and only logical view must be that the right of either the federal parliament or State legislature to impose taxes like SST or federal sales tax does not depend on whether the matter or goods is on the federal list or state list. It depends on the nature of the transaction, the income generating activity or in the case of SST or federal sales tax, whether the particular good is declared a ‘taxable’ item and whenever a ‘sale’ as defined in the law, occurs.

‘Chong is naive and ridiculous’