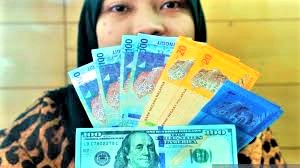 KUALA LUMPUR: With Budget 2021 expected to be the most challenging amid uncertainties, more clearer signs of economic recovery is needed for the ringgit to move higher.

Bank Muamalat Malaysia Bhd economist Izuan Ahmad said whether the ringgit would strengthen would depend on the actual success factors pertaining to the containment of Covid-19.

“At the moment, it is difficult to gauge the potential upward momentum of the ringgit, although it could become somewhat clearer when the latest economic data and figures are published, most of which are expected to be in a better position, given the country’s ongoing road to recovery,” he told Bernama.

He said a weaker ringgit against US dollar would boost the country’s export sector and definitely benefit players such as rubber glove manufacturers, which are also riding on the enhanced global demand due to the pandemic.

On the other hand, it would have an opposite impact on those relying on imported materials or parts.

“As such, Budget 2021 could contain measures that would work both ways amid the ongoing uncertainties of the global economic and financial conditions, that is, depending on the upward or downward momentum of the local currency.

“For the rest of 2020, external trade performance could remain challenging as it is being deteriorated by the Covid-19 outbreak worldwide,” he said.

Despite some recovery in the number of cases worldwide, Izuan there is still an apparent downside risk of new wave of cases in most countries, some of which are important trading partners for Malaysia, including the US and China.

As such, dampened demand might affect the country’s overall external trade performance towards the year-end, with many research houses expecting a contraction in export performance.

Overall, he said Budget 2021 is expected to be among the most challenging in recent years, as it is a tall order for the government to formulate a satisfactory budget amid the uncertainties, which is now made worse as evidences of political instability is starting to rear its ugly head.

“As such, the expected measures under Budget 2021 would likely focus more on the well-being of the people and the affected segments from the ongoing Covid-19 pandemic and resulting lockdowns.

Malaysia’s Budget 2021 will be tabled this Friday, after been deferred from Oct 2.

The ringgit surged to 4.13 against the US dollar on Sept 15, its highest level in seven months.

At present, the local unit is hovering at 4.14 – 4.16 level versus the greenback amid uncertainties ahead of the US Election Day on Nov 3.

In September, Malaysia’s trade surplus surged by 149.3 per cent year-on-year to RM21.97 billion, the highest trade surplus ever recorded for the month.

As for the third quarter of 2020, the trade surplus balance widened to RM60.4 billion from RM27.6 billion in the second quarter, representing a 68.4 per cent growth over the same period last year. – Bernama