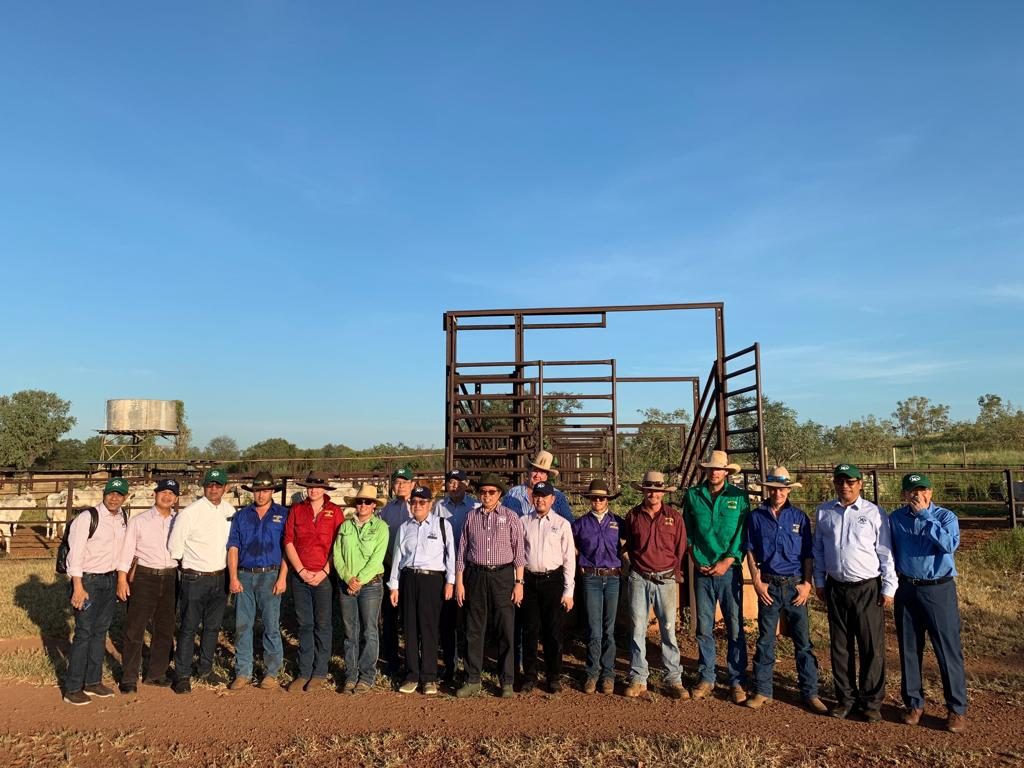 Abang Johari (centre) and entourage having their photo taken with local officials during the SEDC ranch visit in Australia.

While there, the chief minister and members of his entourage were briefed by the station’s management on development at the station and later taken on a tour of the various facilities of the one-million-acre ranch that was acquired in 1982.

Other members were the Permanent Secretary to the Ministry of the modernisation of Agriculture, Native Land and Regional Development Datuk Ik Pahon Joyik and SEDC general managerAbdul Hadi Kadir.

On their return to Darwin after a two-day stay in Rosewood Station, the entourage took a tour of the privately-owned Carmor Plains Station covering an area of 100,000 acres that will be soon be acquired by SEDC.

The station will become a fattening centre for cattle that are transported out of Rosewood Station for export and a breeding station for buffaloes that will be sent to Limbang for domestication.

While in Darwin, the chief minister and members of his entourage paid a courtesy call on NT’s Chief Minister Michael Gunner.

They had a 45-minute meeting where various issues of common interest to both NT and Sarawak were discussed.

NT has a population of 250,000 and represented by two senators in the Australian Parliament. NT Parliament has 22 members. Its main exports are LNG, mineral and cattle and tourism is also a major revenue earner.