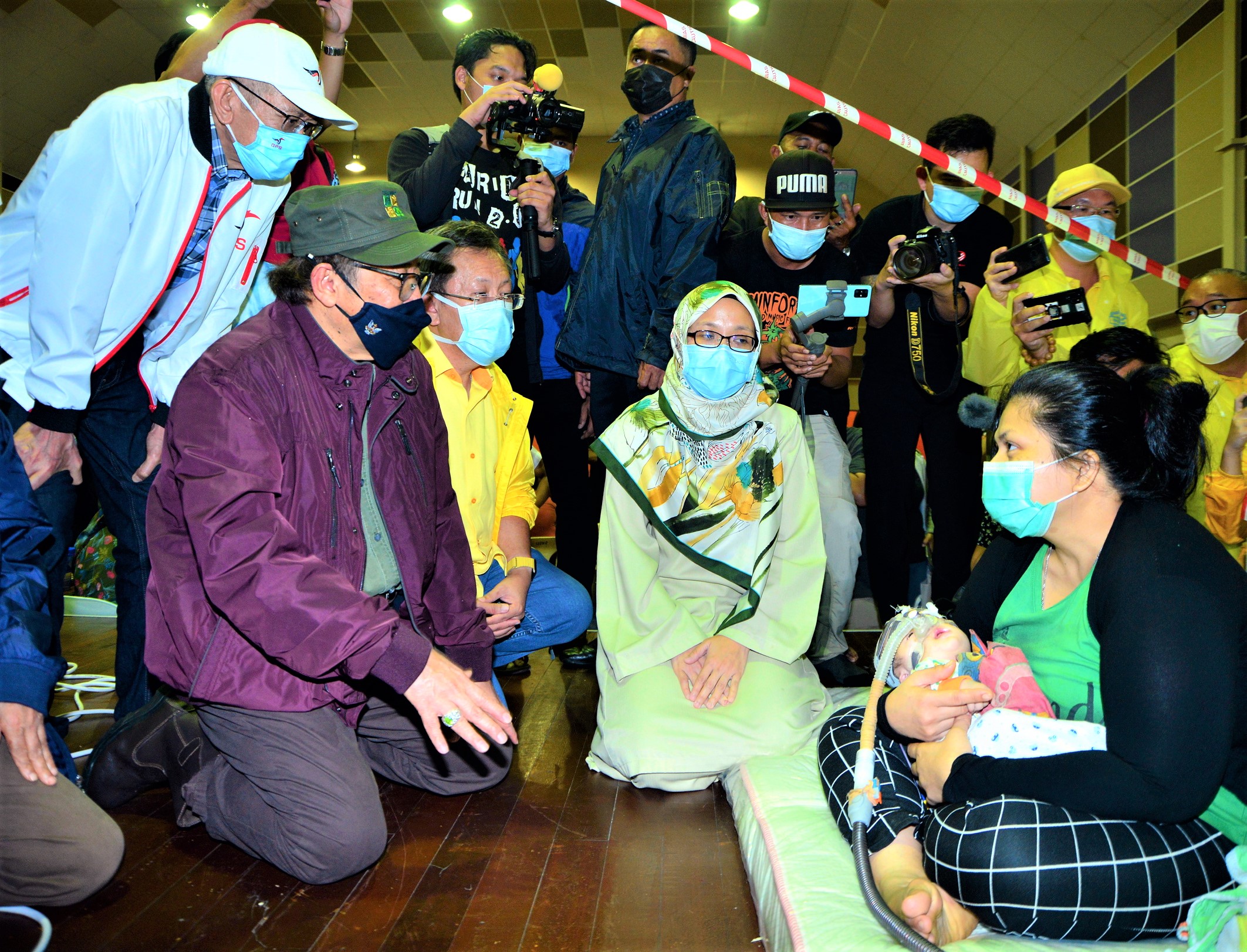 KUCHING: Floods caused by incessant heavy downpour since Tuesday worsened today in some parts of the state.

Worried for the safety of the flood victims, Chief Minister Datuk Patinggi Abang Johari Tun Openg took to the ground to meet some of them today.

They visited two temporary evacuation centres — one at Desa Wira in Batu Kawa and another at Taman Malihah — which were also affected by floods and resulted in the relocation of the evacuees to new sites.

His visits brought smiles and some relief to the flood victims.

During the visits, Abang Johari took the opportunity to hand over food aid and also to get first-hand information about the flood situation from the victims.

The State Disaster Management Committee (SDMC) said as at 4pm today, 3,387 more individuals from 885 families, had been placed in various temporary evacuation centres in four divisions.

“A total of 2,494 victims were in the Kuching Division, while 145 victims in Samarahan Division, 719 in Serian Division and 29 in Miri Division,” it said in a statement on Thursday.

In total, 46 temporary evacuation centres have been set up statewide. Of the total, 33 are in Kuching, eight in Serian, three in Samarahan and two in Miri.

According to the Meteorology Department, the King tide phenomenon is likely to persist for another week.