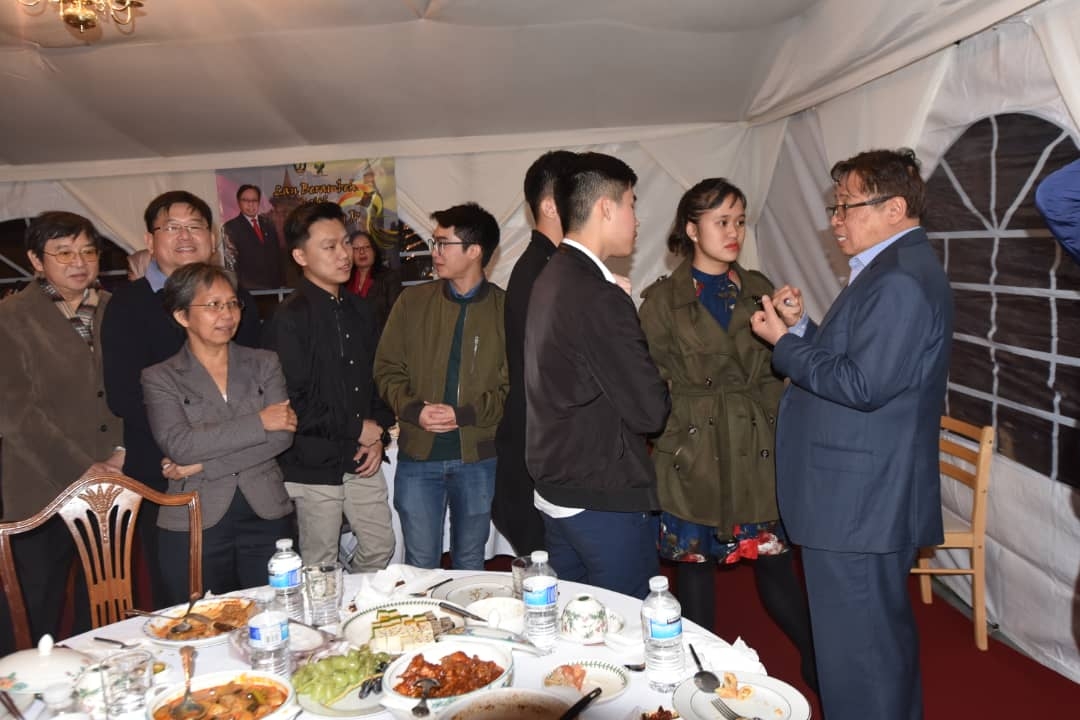 Even the authorities in Putrajaya had acknowledged Sarawak’s rightful position, he said in his address to Sarawakians residing and students studying in UK during an evening gathering organised by Sarawak Foundation at the Sarawak Foundation House in Bondesbury Park, London.

“We have the licensing rights and Petronas is the development part,” he pointed out with reference to specific provisions in the Federal Constitution.

“In consequence, the state government through the State’s oil and gas company Petros had been collaborating with Petronas to ensure that Sarawak would stand to benefit from the oil and gas resources in Sarawak. Although the licensing rights had never been enforced in the last 40 years due to some possible oversight, the state would not compromise on what were lawfully Sarawak’s,” he said.

Abang Johari and members of his delegation were in the British capital as part of a fortnight-long study trip to UK, USA and Canada before the final stop in Dubai to meet potential investors.

On the relationship between Sarawak and new federal government, he considered it as close as both were working for the interest of the people.

On the evening’s event, Abang Johari expressed his happiness that he was able to meet some of Sarawak students in UK whom he described as the faces of future Sarawak in the quest towards digitalisation of the state’s economy.

The students who later had an informal interaction with the Chief Minister showed deep interest in the approach taken by the state to transform its economy from a conventional to a digital economy.

Abang Johari also told the audience that on the first leg of the tour in London he visited University of London and University of Oxford to study possibilities of collaborations that would pave the way for Sarawak students to be given places in these universities in studies including humanities.

He said in the second leg of the tour in the USA he would be visiting Standford University to view research activities and facilities at the university to assess the prospect of similar collaborations with the university and other universities within the Silicon Valley.

He added that Sarawak would continue to send students overseas to pursue studies, in new disciplines in particular, which were not available locally such as cybersecurity, programming and data science.

“Sarawakians need to acquire new knowledge in order to be acquainted with the new ecosystem and trend of development around the world which were based on new technologies,” he said.

The Chief Minister and members of his delegation comprising key state government officials flew to San Francisco, USA to continue with the second leg of the study tour.