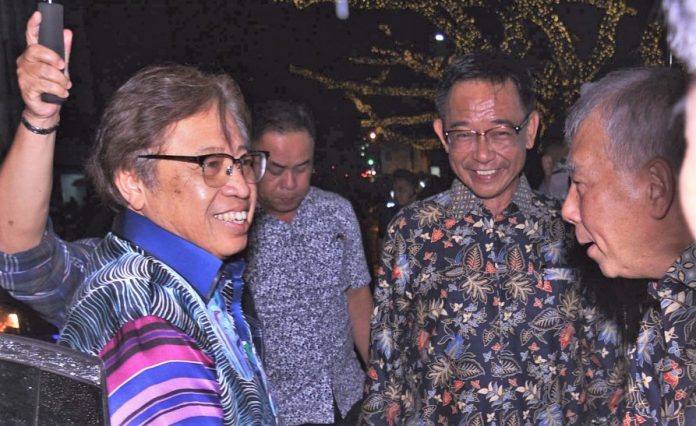 He said 2020 will be a better year than 2019 because his government has put in place policies that ensure the people will get more than they got last year.

He said if last year his government had approved a one-off endowment initiative on RM1,000 to every new-born, the new year will be the turn of mothers.

“In 2020, every mother who delivers her child will be given RM450 to help her through her confinement days,” he said to huge applause from the crowd of thousands that gathered at the Kuching Waterfront for Countdown 2020 last night.

He said the cash aid to mothers takes into account the fact that some mothers who are daily paid do not get paid during their recovery period.

“This aid will be given irrespective of race, ethnicity and religious background,” he stressed.

Abang Johari also touched on his government’s commitment to bringing electricity to homes.

He said 2020 will see that electricity connection to residential homes costing RM5,000 and below will be borne by the government.

“This is our way of sharing the wealth of this state with all Sarawakians,” he reiterated.

Abang Johari hits out at those who belittle the state, saying rating agency Standard & Poor’s A- rating for Sarawak speaks volume of the state’s finances.

“Our enemies say we will go bankrupt in three years, but Standard& Poor gives us A-.

“We are the best in Malaysia. I didn’t say it, Standard and Poor did.

“I don’t blow my own trumpet. God willing Sarawak will be even more prosperous in 2020.”

Abang Johari wished for Sarawakians to be cohesive, to remain united and do things as a team in 2020.

He said peace and stability will continue to be an important factor in attracting tourists to the state.

Earlier, the chief minister arrived in a drizzling weather, but as he walked up the stage to deliver his New Year address, the drizzle stopped.