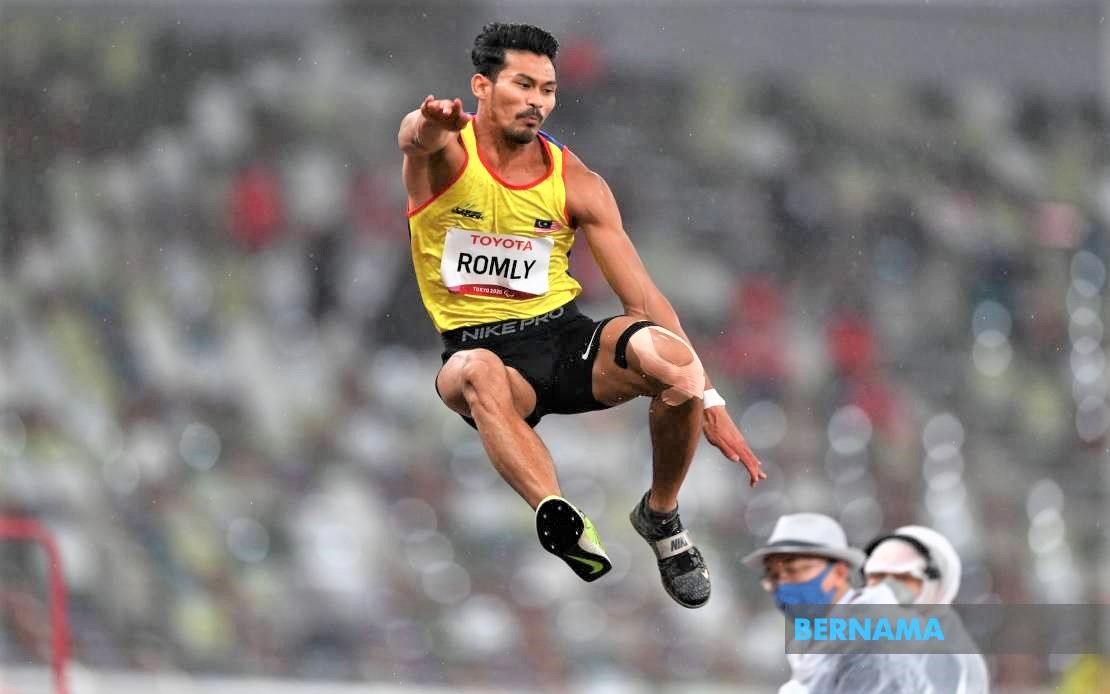 TOKYO: National para-athletics champion, Abdul Latif Romly can compete in the normal category if he wants to do so, says his coach Shahrul Amri Suhaimi.

Shahrul Amri said he would support Abdul Latif, who is still fresh from the success of defending the T20 long jump (intellectual disability) gold at the Tokyo Paralympic Games, last night if he decides to compete in the normal category in the future.

“Abdul Latif has no problem competing in the normal category as he had also competed in the Malaysia Games (Sukma) and the 2017 SEA Games in Kuala Lumpur.

“If that is his wish, we will not stop him and will give our best support,” he said in an online press conference.

Commenting further, the 38-year-old coach will draw up a new plan to determine the future of the Perlis athlete after his charge recovered from the leg injury he suffered in last night’s action.

Yesterday, Abdul Latif, who won his first gold in Rio 2016, was in a class of his own when he continued to lead the stand with his first jump, 7.26 metres (m), which was enough to confirm Malaysia’s third gold at the Tokyo Paralympic Games.

Abdul Latif continued to leave other competitors behind with a 7.45m jump on his second attempt, which was the best jump in his second appearance on the Paralympic stage.

The 24-year-old athlete, who is also a Paralympic record holder with a jump of 7.60m in 2016 Rio was later side-lined with an injury after recording 5.56m in his fifth jump.

He was unable to continue and had to be carried in a wheelchair by a medical officer to receive further treatment, but gold remained in Malaysia’s favour.

Athanasios Prodromou of Greece took the silver with a jump of 7.17m while a 7.12m jump helped Australian Nicholas Hum to take home the bronze.

Meanwhile, Shahrul Amri will also discuss with the National Sports Council to find a backup para-athlete for Abdul Latif as well as new talent for other categories for Paris 2024.

“Before this, we had a back-up for Abdul Latif who had a personal best record of 7.72m, but his performance during the competition was inconsistent,” he added. – Bernama

Wei Lun calls on PwDs to dare to try