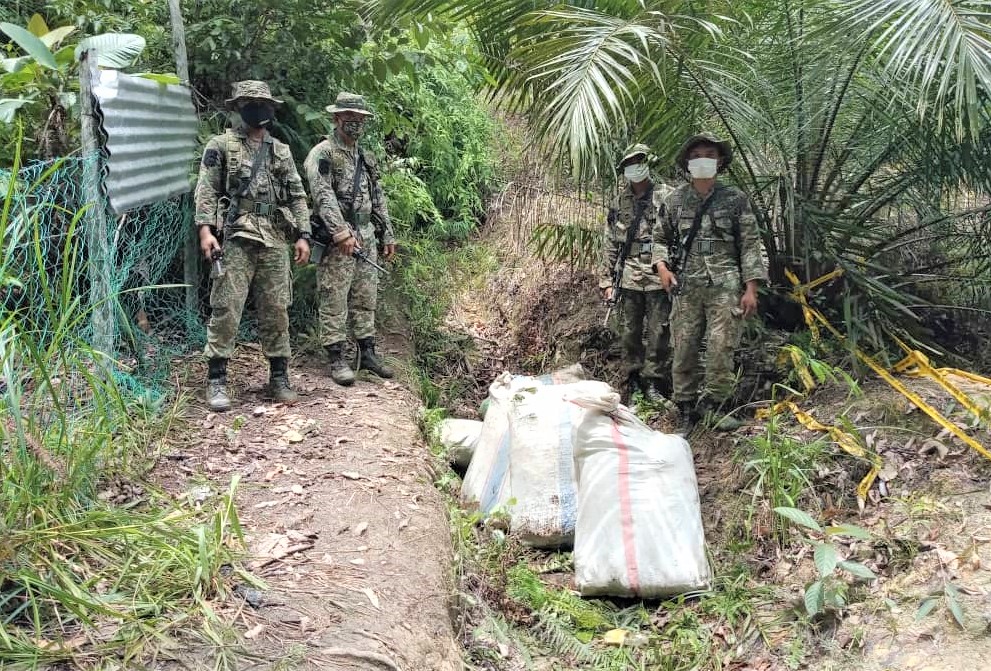 The First Infantry Division in a statement said the soldiers were patrolling around Kampung Biawak and discovered the sacks about 500 metres from the ICQS Biawak gate at 1.30pm.

“After discovering the sacks being left unattended, the team proceeded to inspect the contents and found coffee saplings inside.

“There were 2,500 coffee saplings in each sacks with a total estimated worth of RM175,000,” the division said.

The items were handed over to the Lundu district police station for detailed inspection and further action.

It was stressed in the statement that the Malaysian Armed Forces remained committed, focused and be on alert in analysing the environment and controlling the country’s borders from any cross-border criminal activity, encroachment and infiltration at any time, especially during the Covid-19 pandemic.