Beneath a dull sky but on a not too hot Saturday afternoon, a group of locals plus a young Singaporean were having a practice session on the short but tight track. There are roughly 50 karters in Kuching, mostly in their mid 20s to 40s and a few teenagers.

Kart racing or karting is a variant of motorsport road racing with open, four-wheeled vehicles known as go-karts. The races may be conducted at scaled-down venues such as the one at Matang, but professional kart races also take place on full-sized motorsport circuits.

The sport is commonly perceived as the stepping stone to the higher ranks of motorsports including the pinnacle of Formula One; with the likes of Michael Schumacher, Sebastian Vettel and Lewis Hamilton having begun the development of their craft in karting. In fact, the legendary Schumacher himself first stepped into a kart at the tender age of 4 and won his first championship at 6. 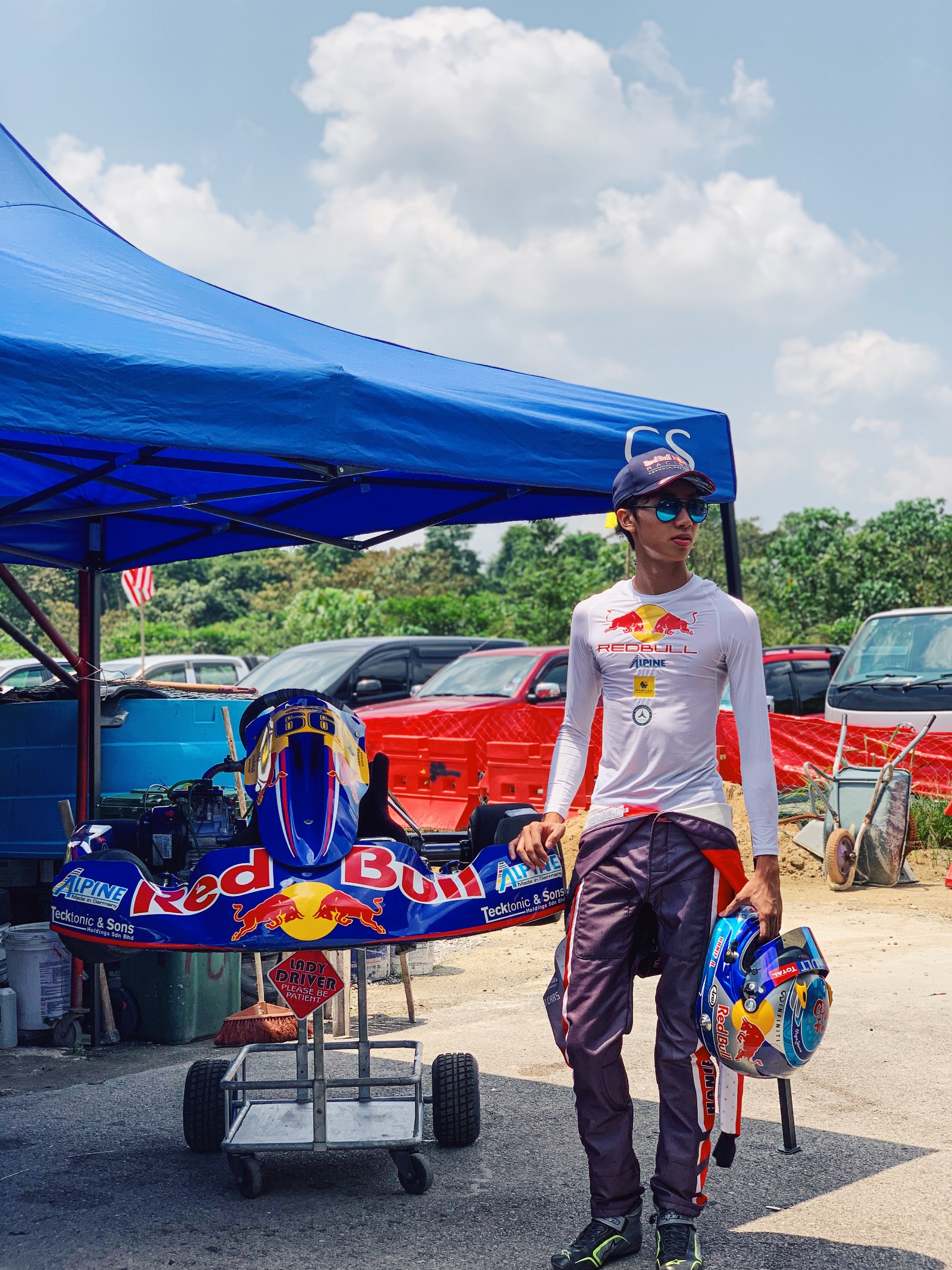 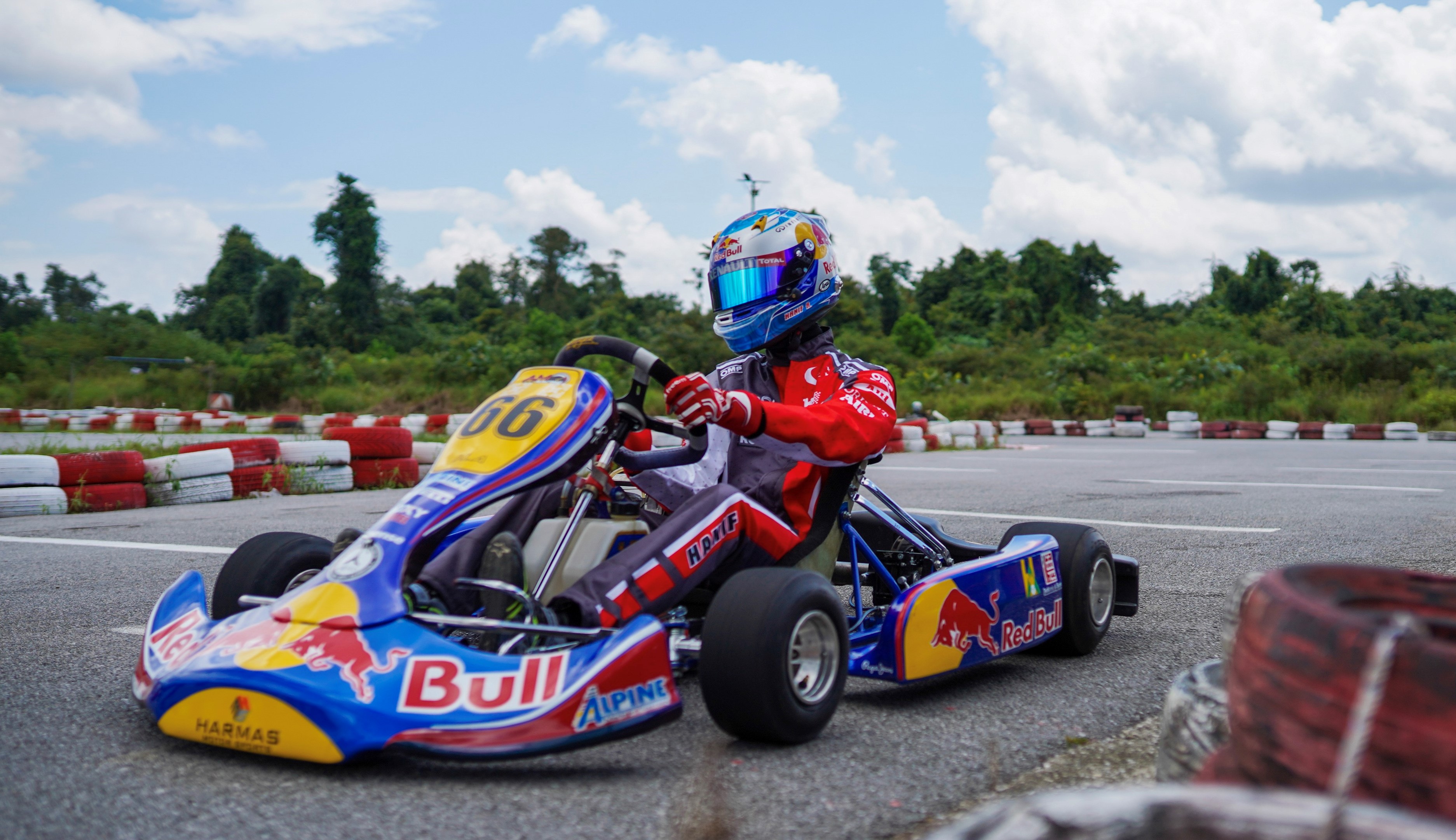 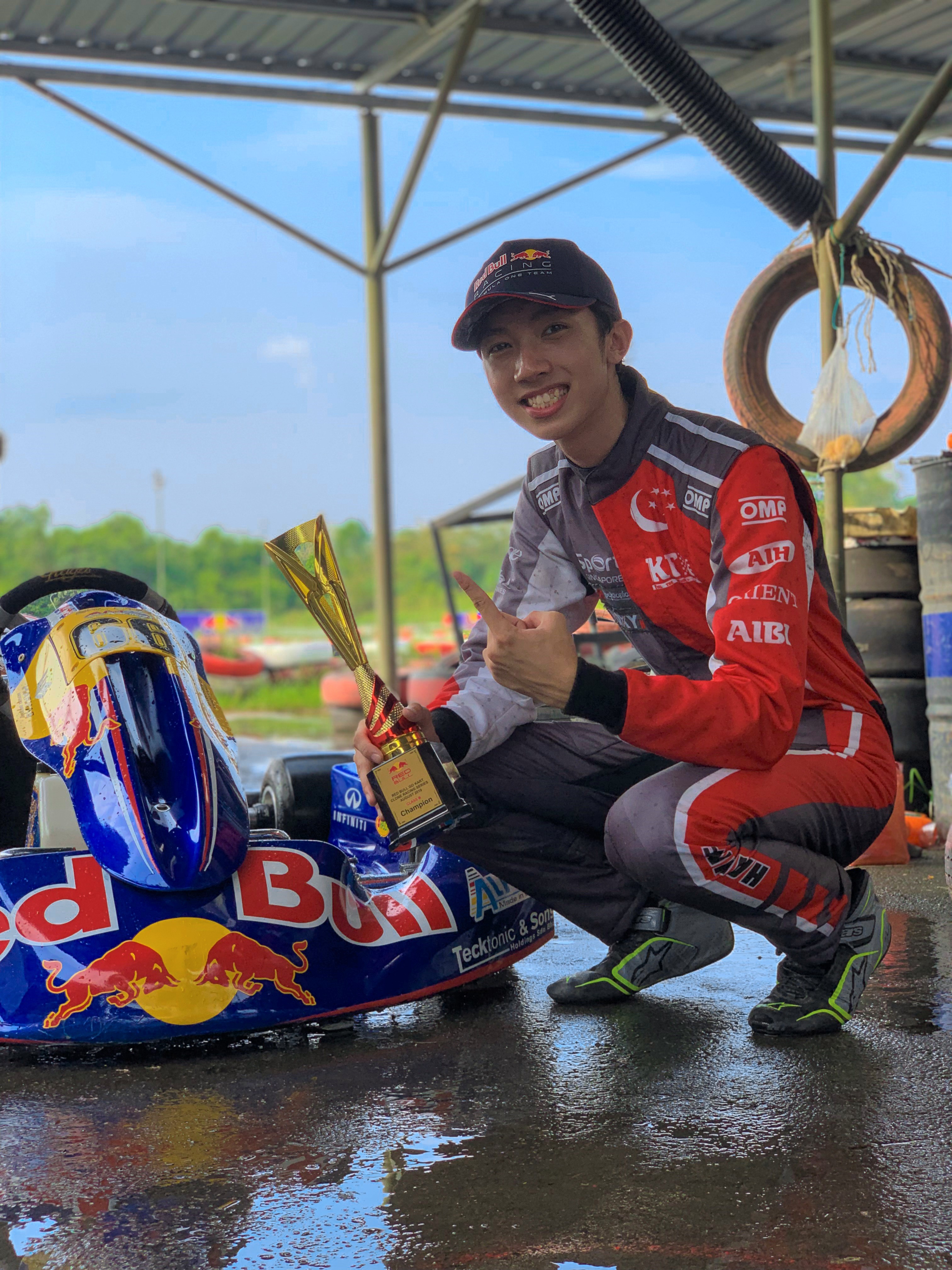 Locally, we do have some enthusiastic racers and one in particular has done well this year across various competitions. At 17, he appears to possess the maturity, strength and confidence that the field demands. With motorsports being somewhat limited in Sarawak, it is certainly fascinating to know that one of our own has been collecting race wins both at home and elsewhere.

The youngster in question is Mohd Hanif Arip, a student from Kuching and second year karter. In between practice sessions, I was able to interview him in English while others were conversing with him in Mandarin.

Tall for his age, the 6-footer is still slender enough to slip into a kart. At the August round of the Red Bull Clone Series at the Serapi Borneo Race Track, Hanif was victorious in the lightweight category and is currently leading the table of competitors.

The series utilises a typical points collection system, with the number of points awarded based on one’s finishing position. There will be one race every month and at the end of the series, the racer with the highest number of points is crowned champion for 2019. The Grand Final will be on October 14.

Go karting is the breeding ground for any Formula One star of the future. When quizzed whether he is thinking of going into motorsport as a career, Hanif Arip said he will if the opportunity arises.