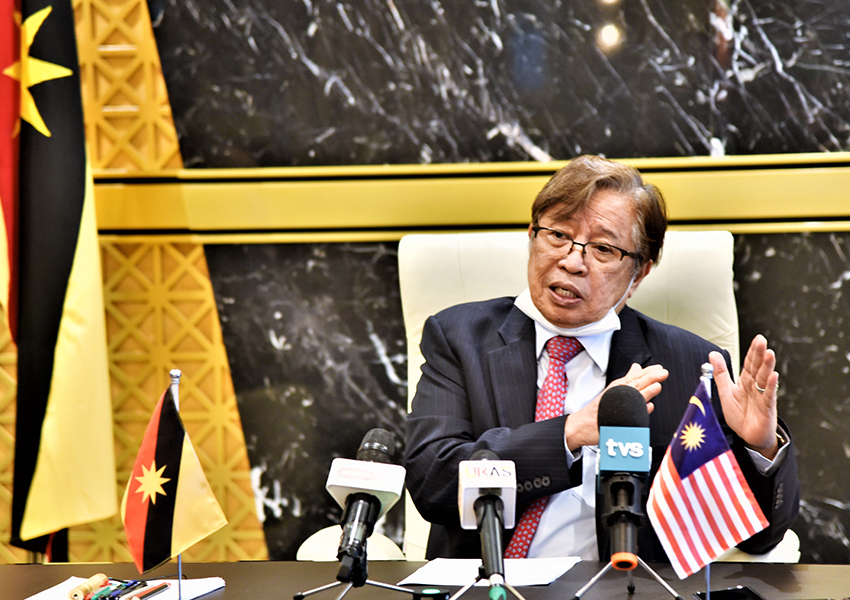 He pointed out the recent worrying increase in cases here, with Sarawak being among the top states in terms of the number of daily cases recorded over the past few weeks.

“The Sarawak Disaster Management Committee (SDMC) has received public criticism. Despite facing these great challenges, I am confident that all this does not dampen the spirit of SDMC members to continue striving to do their best to curb the spread of Covid-19 by taking into account the relevant data and factors,” he said in his message in conjunction with Hari Raya Aidilfitri.

He noted that SDMC had made the decision not to re-implement the movement control order (MCO), based on past experience.

“Based on the data and conditions in the field, SDMC continues to impose the enforced movement control order (EMCO) in locations where infection cases occur.”

He said this was in line with the policy of ‘Trace, Test, Quarantine, Isolate’, adding that it was found that this was a more practical method compared to closing the entire district or state involved by enforcing the MCO.

“The state government also takes into account the impact of the MCO on economic activities in the state.

“Implementing the MCO comprehensively will harm the state economy, which has already received a great blow as a result of the MCO and conditional MCO over the past year.”

He emphasised that the state economy must continue to be generated so that people did not lose their jobs and development programmes could continue to be implemented.

At the same time, he assured that the Sarawak government was striving to obtain an adequate supply of vaccines, including negotiating and making its own procurement from suppliers so that the state’s immunisation programme could be completed by August.

“The state government needs to get the permission of the federal government and relevant agencies before vaccine reservations can be made by Sarawak.

“In addition, the state government also needs to get the permission of the federal government to gazette private hospitals as vaccination centres to expedite the immunisation process, especially in urban areas.”

Noting that the world was currently experiencing a sharp increase in infections once again, such as in India, he said Sarawak was fully focused on efforts to curb transmissions while implementing the immunisation programme for 2.08 million of its population who are eligible to receive the vaccine.

“I call on all Sarawakians who are eligible to be vaccinated to register for vaccination either through the MySejahtera application or through other methods in their respective locations.”

‘Paloi’ to argue over a datukship
Previous Post
Go digital, or go bust