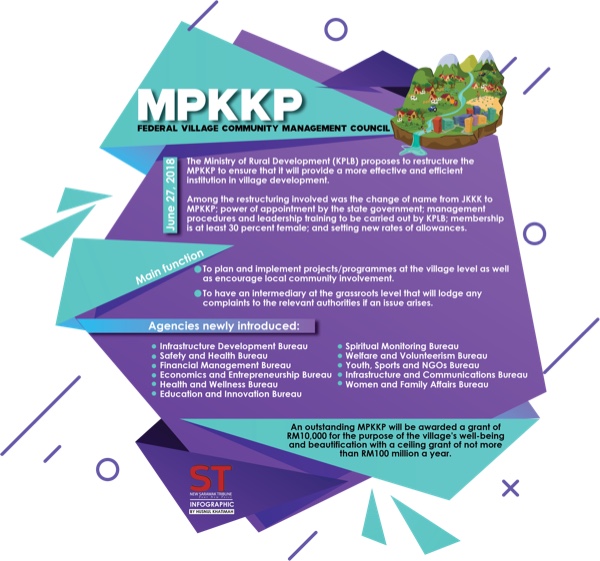 MUKAH: Community leaders in Mukah and Dalat are against the formation of the federal administration’s plan to form Village Development Community Council (MPKKP) in their respective districts.

“We, Mukah and Dalat districts ketua masyarakat and ketua kaum (community leadsers), strongly object to this initiative by the Pakatan Harapan (PH) government,” they said in a press statement here on Monday.

They feared the formation of MPKKP would cause disunity and disharmony among people in villages, longhouses and housing estates, and among communities, in the long run.

According to them, MPKKP was likened to putting two captains in a ship, thus bringing chaos.

They also said the role played by the current Village Development and Security Committee (JKKK) had been recognised as effective in helping maintain harmony and unity in Sarawak’s multi-racial and multi-religious society.

“The current community leaders are appointed through a proper procedure by the Sarawak government and in accordance with the law,” they said, adding that they had a good personality, educated and still able to serve with integrity.