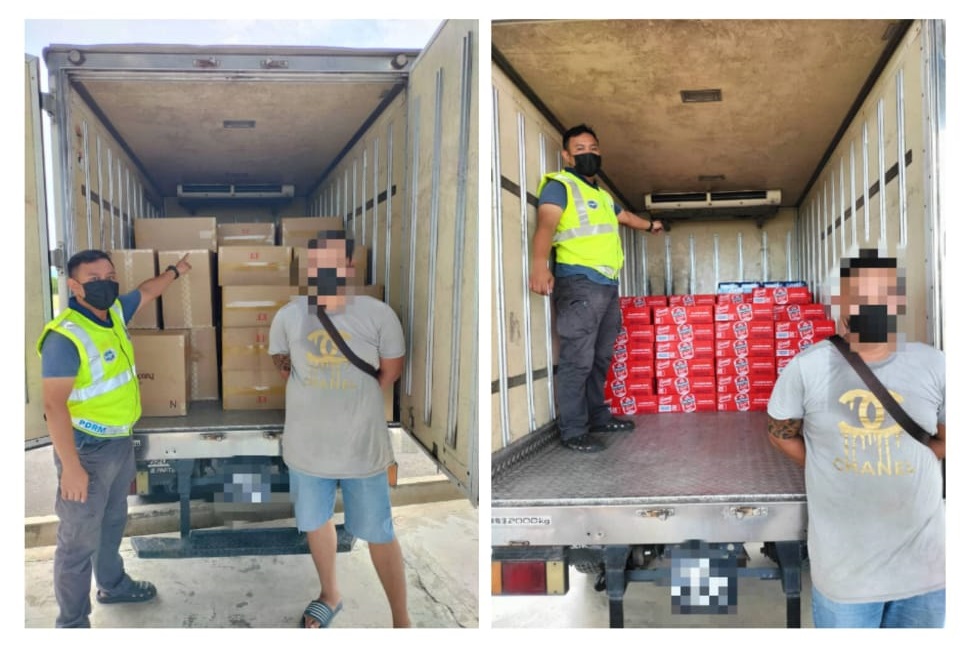 Kuching OCPD ASP Ashmon Bajah said during the operation at 9.30am, the team was able to seize the items and arrested one suspect.

“The GOF managed to confiscate 30 boxes containing 1,500 cartons of cigarettes and 135 boxes of alcoholic beverages suspected to be untaxed.

“The operation took place at Gala City and the value of the seizure is estimated to be worth RM240,000,” he said.

Ashmon added that a 26-year-old male suspect was apprehended during the operation and was brought to the Kuching Magistrate Court for the purpose of a remand application under Section 116C of the Customs Act 1967.

He said the case was being investigated under Section 135(1)(d) of the Customs Act 1967, which carries a fine not less than 10 times the value of items or RM100,000 (whichever is higher) upon conviction.

The act also states a fine not less than 20 times the value of items or RM500,000 (whichever is higher) or imprisonment no less than six months and not more than five years or both.