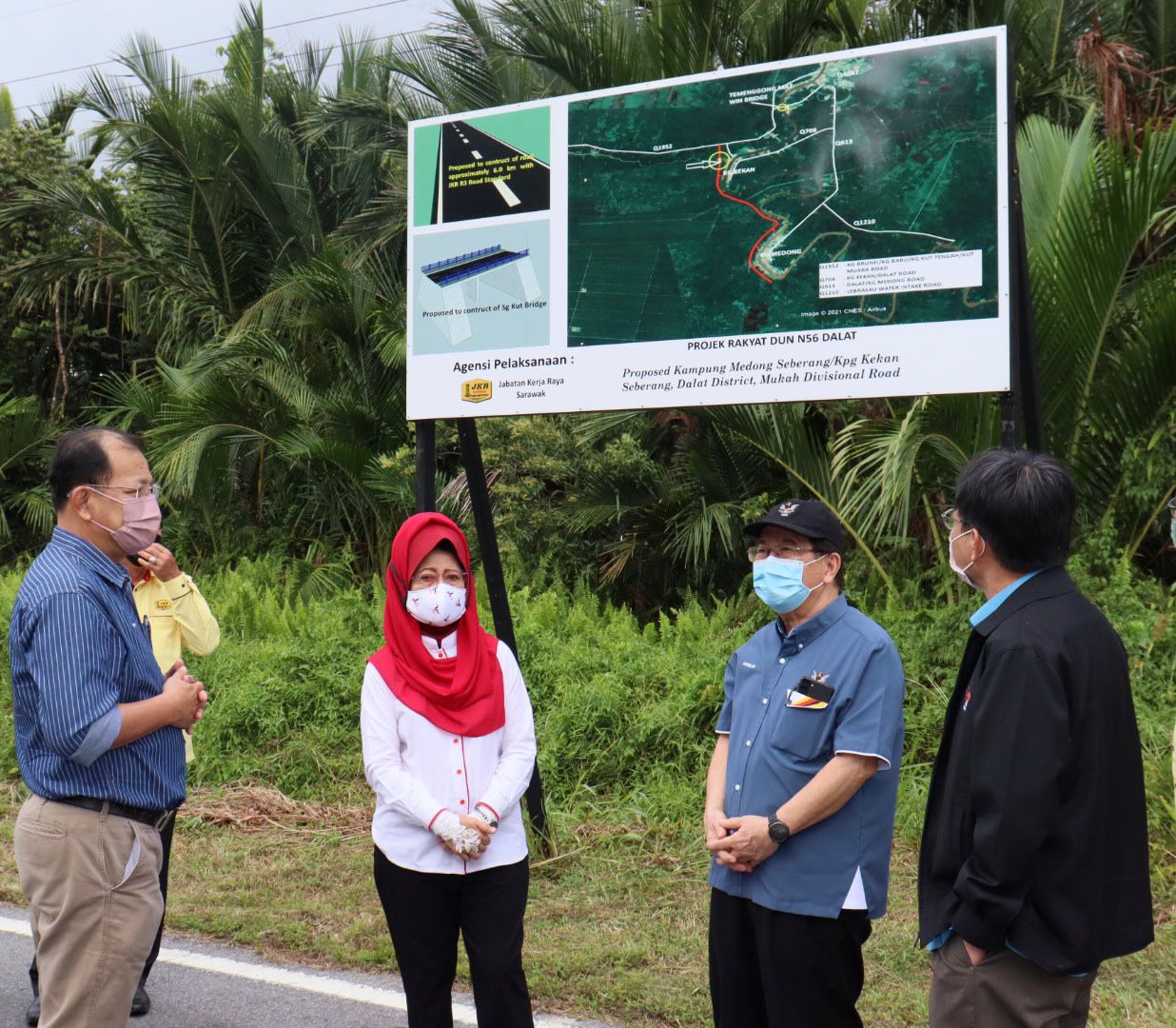 DALAT: The contracts of 18 critically delayed projects in the state have now been terminated.

“We had contractors who were good at bidding for contracts. But when they obtained them, they failed to deliver and decided not to continue.

“This is one of the big problems we face in the state,” he said after being briefed on government projects implementation performance for the Mukah Division here yesterday.

Due to this, he stressed that contractors who obtained construction tenders must ensure they were able to deliver and to deliver as scheduled in order to avoid dissatisfaction among the rakyat.

As such, Uggah emphasised that the Public Works Department (JKR) and the Ministry of Infrastructure and Port Development (MIPD) need to find effective ways to rehabilitate critically delayed or sick projects.

“Both JKR and MIPD must come up with an effective approach to supervise all construction processes and the contractor’s performance,” he said.

On a related matter. he disclosed that the contract to build the 11.5km Kampung Medong/Lebrassau/Kampung Klid Road here had now been terminated.

He explained that the RM44.4 million contract awarded in April, 2020 and scheduled to be delivered by Oct, 2022 had suffered a 550-day delay.

“For that, we plan to table a proposal for a new contractor during the state Cabinet meeting next month,” he said.

Meanwhile, touching on the proposed Kampung Medong Seberang/ Kampung Kekan Seberang Road project which had been approved much earlier on, he said both JKR and MIPD would work out a programme to implement it.

“We are going to appoint a consultant for it. I have directed the JKR to work out a plan so that work on it can start soon,” he said.

With additional machinery and manpower, he was confident the project could be completed on the scheduled new date.