SIBU: Police have brought a burglary gang, responsible for numerous cases in the district since 2019, to its knees.

It was revealed on Monday (June 21) that Geng Jaya had committed at least 20 burglaries and thefts before the members were collared.

“We also arrested a 24-year-old woman and a 35-year-old friend of the suspect as well as a 31-year-old man, who is a buyer of stolen goods.”

The suspects are now under remand and investigation is still ongoing, including efforts to trace the stolen items.

So far, police managed to track down some of the items, including two mobile phones, 16 watches, a car, a motorcycle, a motorcycle engine, a set of motorcycle rims, two vehicle keys and six televisions.

The suspects would unplug the targeted home’s electric meter fuse before committing the crime.

“Apart from that, the suspects would break into the house through the roof or the window.

“They would later store the items temporarily in an accomplice’s house, which is also used as a transit point before the items are sold off.”

ACP Stanley urged members of the public who have lodged police reports related to burglary and theft, to come forward and identify the case items at the Sibu Criminal Investigation Division office.

They can also contact the nearest police station or Insp Kumareswaran Murugan at 013-8024313. 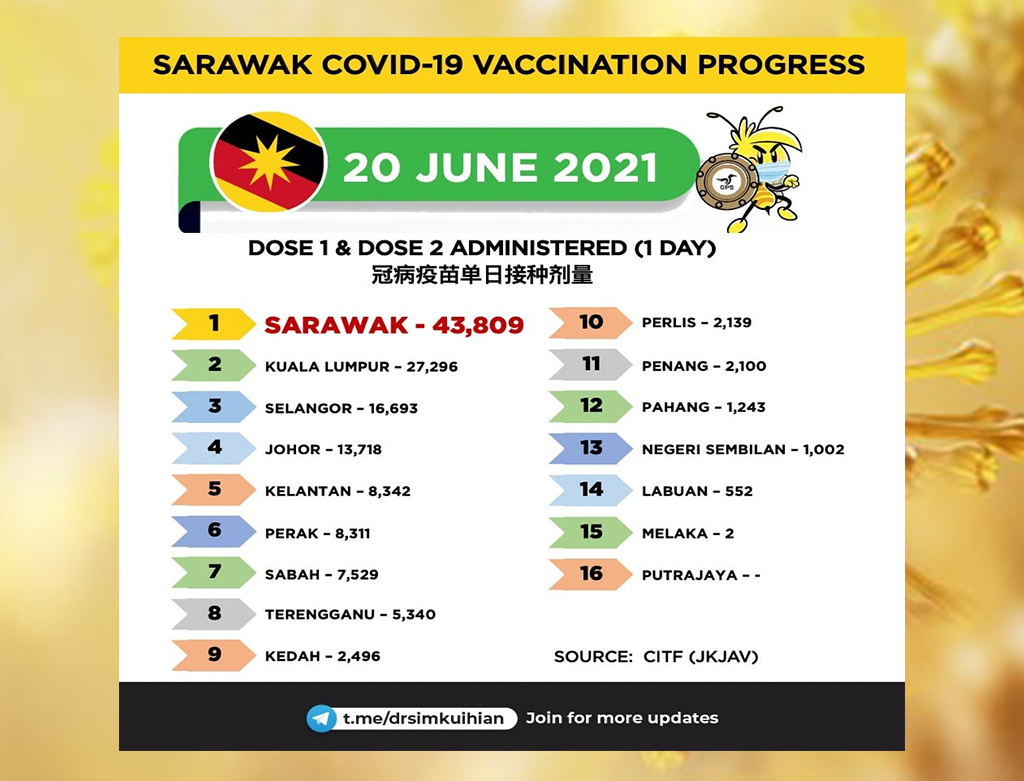 Sarawak ahead in vaccination last Sunday