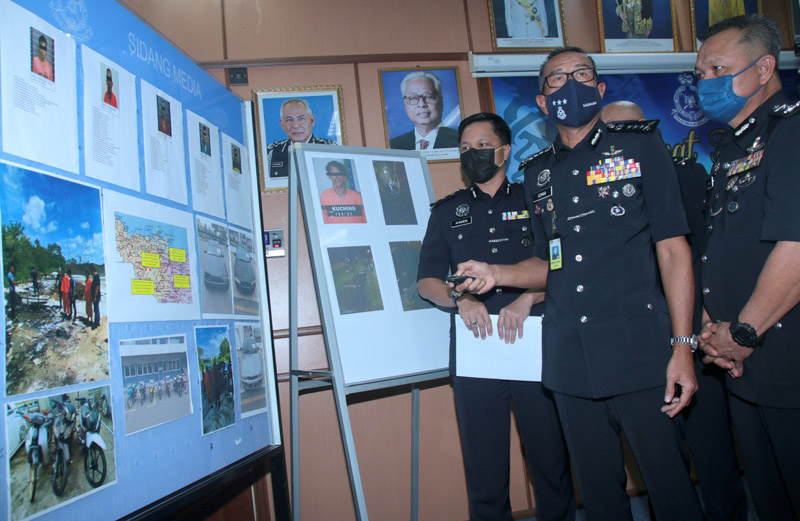 KUCHING: City police have put the brakes on a vehicle theft syndicate with the arrest of five locals aged between 36 and 40.

The suspects were picked up in an operation codenamed ‘Ops Lejang’ around Sungai Maong here on June 27.

Police said the syndicate members were involved in stealing cars and motorcycles around Kuching and Padawan to be brought out of the state to a neighbouring country.

He said police managed to seize seven motorcycles and three cars, adding that 15 cases of motorcycle and three cases of car thefts were now considered solved following the arrest of the five suspects.

“They were active in locations around Kuching and in residential areas in Padawan.

“The syndicate targeted Yamaha motorcycles and Proton Wira cars, which are in high demand in a neighbouring country,” he told a press conference here, today.

Azman pointed out that a modified T-shaped screwdriver, a master key as well as several other tools were also seized from the syndicate.

Losses arising from the syndicate’s activities were estimated at RM150,000.

The suspects are investigated under Section 379A of the Penal Code, which carries a jail term of up to seven years and liable to a fine, upon conviction.

They will also be investigated under Section 6 (1) of the Corrosive and Explosive Substances and Offensive Weapons Act 1958, which carries a jail term of up to 10 years and whipping, if convicted.