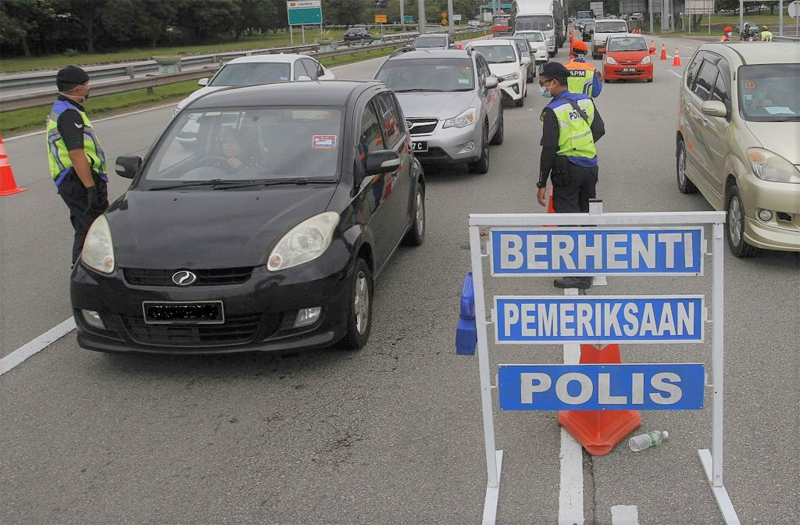 KUCHING: Police here have set up 14 roadblocks throughout the movement control order (MCO).

“Eight roadblocks have already been set up previously and an additional six more roadblocks were also added to the total.

“Among the six additional roadblocks are two mobile roadblocks that have also been set up specifically to control movement in urban areas,” he said when met at a roadblock here on Tuesday night (June 1).

The six additional roadblocks will be set up in strategic locations according to the current needs.

“Within 24 hours on May 31, a total of six individuals were compounded. Among the offences  were exceeding the total number of individuals allowed in the vehicle, attempts to cross districts and public gatherings,” said Ashmon.

He said the Kuching District police headquarters’ special Covid-19 monitoring team will also step up monitoring in industrial areas based on public tipoffs.

Ashmon warned that police will not compromise in issuing compounds against individuals or premises found guilty of SOP noncompliance.