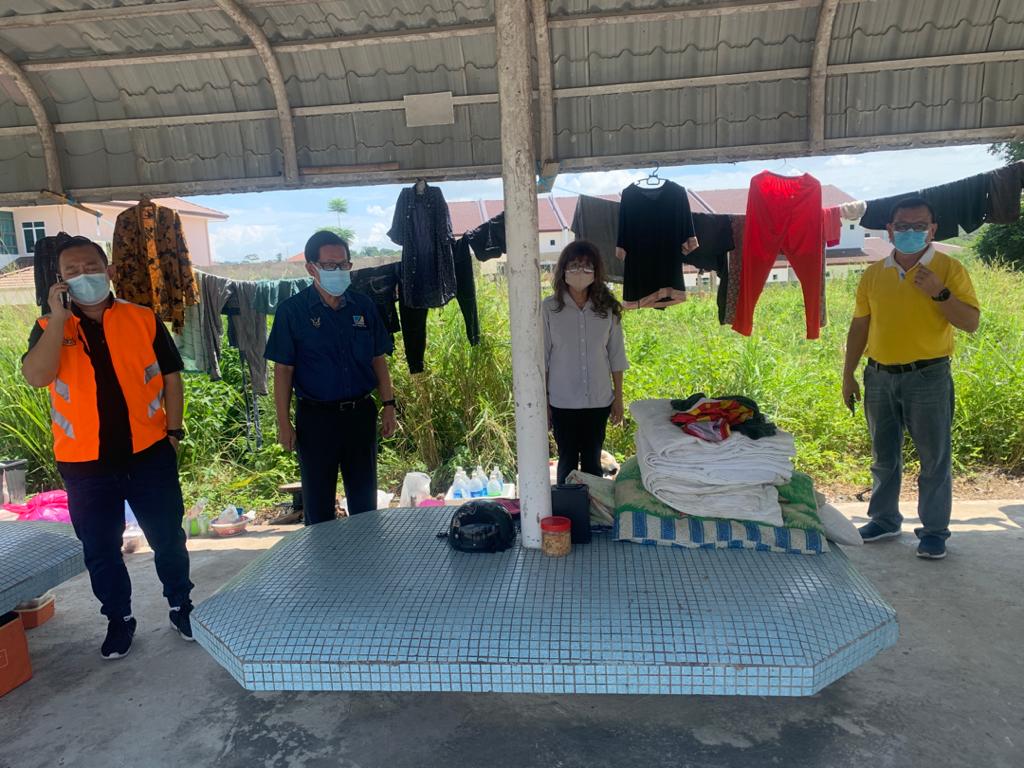 MIRI: After being informed about a couple using a bus stop in Riam here as shelter, Sarawak Transport Minister Datuk Lee Kim Shin sprang into action.

On Wednesday (Aug 11), he and several individuals, including from the Welfare Department and Senadin SUPP, went to the location to investigate.

The couple were nowhere to be found when they arrived.

The welfare officers recognised the belongings and related that they had dealt with this situation recently.

“The couple are not homeless. They are from Bakam. In fact, they have a house built by the government under the hardcore poor housing assistance programme,” Lee later told New Sarawak Tribune.

The couple were sent home recently when they were found sleeping on the five-foot ways in the city.

“The Welfare Department will take the necessary action together with other relevant agencies,” Lee assured.