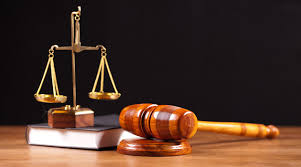 Judge Mohd Nazlan Mohd Ghazali said that the court recording and transcription (CRT) was for the court’s use and not for public consumption.

“Any form of recording is not permitted, not only live streaming, and this includes the CRT. The CRT is supplied on the express purpose of transcribing and not to upload.

“I hope both the defence and prosecution who are officers of the court to abide by this. I would like to remind everyone to refrain from making comments that may prejudice to the trial that may constitute as contempt of court,” he said.

The judge made the ruling following the prosecution’s application for a court order to prohibit third parties from uploading the CRT without permission.

Sithambaram pointed out that CRT footage could only be obtained by signing an undertaking not to forward the copy to other parties, nor upload it onto any medium.

He also said the CRT given to both prosecution and defence on an undertaking that it was for the use of the trial to ensure notes of evidence were accurate.

“We seek an undertaking from the defence not to give the CRT to any third party. The public and social media users should also be warned not to upload without permission from the court. That would affect the integrity of the court.

“We pray for a court order barring third parties from uploading the CRT without permission,” he said.

However, Najib’s lawyer Tan Sri Muhammad Shafee Abdullah argued that the dissemination of recordings of court proceedings was normal practice in the United Kingdom, and that copies of these videos could be accessed in the national archives and all were available online.

“This is a client’s privilege. I have to find out what transpired.

“I am a bit surprised because when we applied for a gag order, they (prosecution) objected. If they had not objected, the problem would not occur. Now “siapa makan cabai, dia terasa pedas”.

“We want the trial be broadcast live. What harm has it (the video recording uploaded) caused anybody. We should have the proceedings live similar to the OJ Simpson trial for the whole (of) Malaysia,” he said.

It was learned that the recording was uploaded via the Facebook account of Najib’s former special officer Isham Jalil that has garnered 227,000 views, shared by over 3,700 Facebook accounts, and received more than 1,900 comments.

The recording of the CCTV was believed to be on the fifth day proceedings of Najib’s trial at the Kuala Lumpur High Court on Thursday.

Yesterday, the police have opened an investigation over the transmission of a video clip from a closed-circuit television (CCTV) recording of the proceedings of Najib’s trial that was uploaded on Facebook.

“The investigation was initiated under Section 203A of the Penal Code and Section 233 of the Communications and Multimedia Act 1998,” he said in a statement.

Najib, 66, is facing three counts of criminal breach of trust, one charge of abusing his position and three counts of money laundering over SRC International funds amounting to RM42 million. – Bernama

Placement of doctors in Sarawak based on expertise and requirement

Veveonah honoured to dine with PM