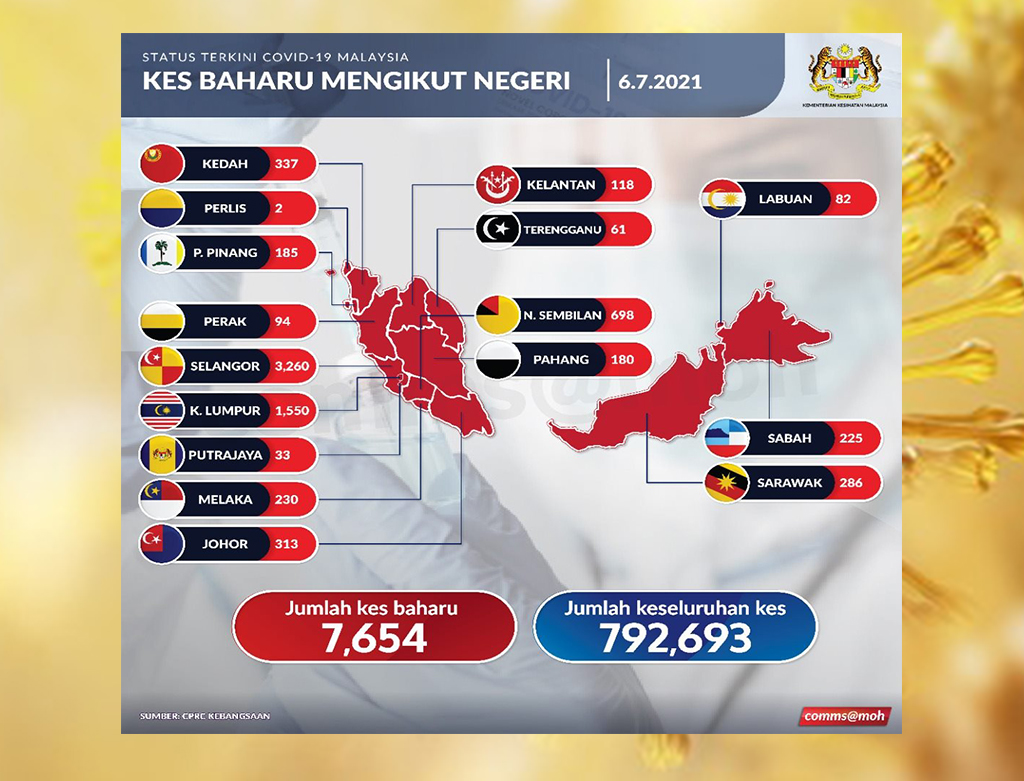 KUALA LUMPUR: A total of 7,654 Covid-19 cases were recorded today, a sharp increase from yesterday’s 6,387, bringing the cumulative number of cases in the country so far to 792,693.

Dr Noor Hisham said there are now 72,201 active cases while the number of patients being treated in intensive care units is 943 with 450 of them requiring breathing assistance.

In the past 24 hours, another 103 people succumbed to the disease involving nine foreigners with Malaysians making the remaining fatalities, and all victims were aged between 21 and 100 with the majority of them having chronic diseases, said Dr Noor Hisham.

The workplace clusters in the federal capital involved the construction site of Damanlela 2, Kepong cluster, Bukit Kiara cluster and Pasar Razak Mansion cluster, while in Negeri Sembilan, it was the Lorong Senawang Empat industry cluster in Seremban.

In this regard, Dr Noor Hisham said as at yesterday, the infectivity rate (Rt) of Malaysia was 1.07 with Pahang recording the highest at 1.24.

Parents need to equip themselves with knowledge to face PdPR challenges