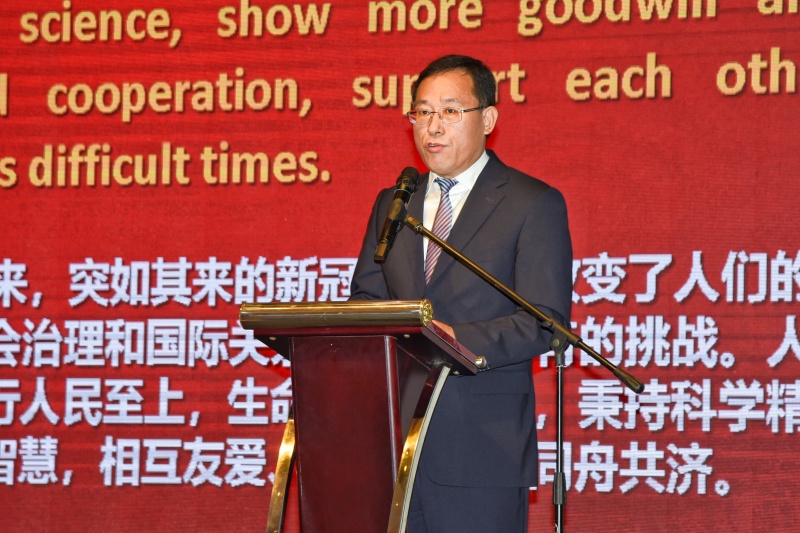 KUCHING: The China-Malaysia economic and trade cooperation has shown strong vitality and resilience with fruitful results despite facing the impact of the COVID-19 pandemic.

Consul General of the People’s Republic of China in Kuching Xing Weiping said last year the bilateral trade between China and Malaysia reached a record of USD176.8 billion, and investment was up 61 per cent to USD1.6 billion, which saw a growth in trade and investment.

“From January to July this year, China and Malaysia’s trade value reached USD114.5 billion, marking a 20.7 per cent growth year-to-year,” he said.

He said this during the 48th Anniversary of Malaysia-China Diplomatic Relations and Mid-Autumn Festival dinner at the Shangri-La Restaurant here yesterday.

Xing also said the strengthened cooperation in infrastructure, energy, agriculture and other fields has brought tangible benefits to the two nations.

“At the same time, China will celebrate its 73rd National Day in more than 10 days. At present, China is gradually resuming international personnel exchanges.

“The 2022 China International Fair for Trade in Services concluded recently having received a large number of foreign traders, including the participants from Malaysia and Sarawak.

“Therefore, I hope that all the entrepreneurs will actively seize the opportunity of economic recovery in the post-pandemic period to expand their businesses,” he said.

He mentioned that the Consulate General of the People’s Republic of China in Kuching will, as always, provide convenience and build platforms for bilateral economic and trade cooperation, business and people-to-people exchanges, and promote greater development of China-Malaysia (Sarawak) economic and trade relations.

On another note, he said during the pandemic, China and Malaysia supported each other and worked together to overcome the difficulties.

“At the beginning of the outbreak, the Malaysian and Sarawak governments, the Chinese community and various sectors of the community had actively looked for materials to support China, and this will not be forgotten by the Chinese people,” he said.

He added that after the outbreak in the country, China also did its best to provide materials and technical support to the Malaysians, including sending a team of medical experts to share China’s experience in fighting the pandemic, and signing the “Agreement on Cooperation in Vaccine Development and Accessibility” to carry out timely and effective scientific support in the research and development of vaccines, and provide support to the Malaysian vaccination programme.

“As of today, China has provided more than 40 million doses of vaccines to Malaysia, fully demonstrating the profound friendship between the two countries as good neighbours, friends, partners and brothers,” he said.