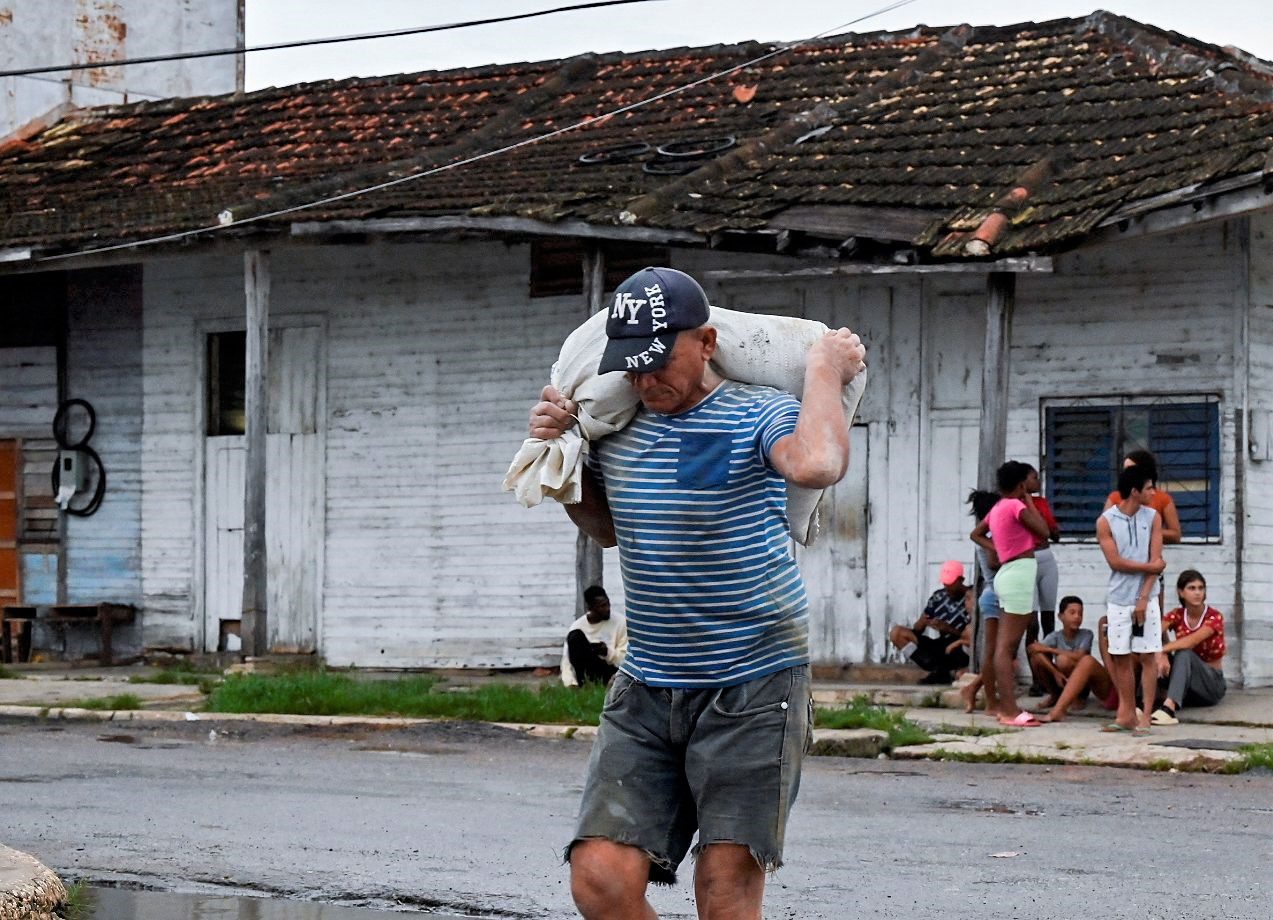 Some 50,000 people in Cuba’s western Pinar del Rio province moved to safer locations, 6,000 of them to state-run shelters and the rest to the homes of relatives and friends, local authorities said.

The US National Hurricane Centre (NHC) warned Ian was intensifying and could pass over western Cuba late Monday and early Tuesday.

“Maximum sustained winds are near 100 miles per hour (155 kilometres per hour) with higher gusts,” it said, making Ian a Category 2 storm on the Saffir-Simpson scale.

“Rapid strengthening is expected during the next day or so,” the NHC added.

-Huge storm surge expected-
In Florida, the city of Tampa was under a hurricane watch, and Governor Ron DeSantis declared a state of emergency in all 67 counties as officials scrambled to prepare for the storm’s forecast landing on Wednesday or Thursday.

He warned people to prepare for power cuts.

“Even if the eye of the storm doesn’t hit your region, you’re going to have really significant winds, it’s going to knock over trees, it’s going to cause interruptions,” DeSantis said, warning of likely flooding.

The governor urged residents to stock up on food, water, medicine and fuel, and he activated 7,000 National Guard members to help with the effort.

Authorities in several Florida municipalities, including Miami, Fort Lauderdale and Tampa, started distributing free sandbags to residents to help protect their homes from the risk of flooding.

NASA said it was rolling back its massive Moon rocket into its storage hangar at the Kennedy Space Centre in Florida due to the hurricane.

-Fiona’s wake-
The Caribbean and parts of eastern Canada are still counting the cost of powerful storm Fiona, which tore through last week, claiming several lives.

When it arrived in eastern Canada, the storm packed intense winds of 80 miles per hour, bringing torrential rain and waves of up to 12 metres.

Three people are believed to have died when Fiona barreled into Canada’s Atlantic provinces as a post-tropical cyclone early Saturday.

Prince Edward Island authorities confirmed the death of one person, while officials in Newfoundland said they found the body of a 73-year-old woman believed to have been swept from her home. She was apparently sheltering in her basement when waves broke through.

A third person has been reported missing in Nova Scotia — one of the hardest-hit provinces — and is presumed dead.

“The devastation is immense. The magnitude of the storm is incredible,” Nova Scotia Premier Tim Houston told reporters.

Storm surges swept at least 20 homes into the sea in the town of Channel-Port aux Basques, on the southwestern tip of Newfoundland.

Around 200 residents had been evacuated before the storm hit.

“Some people have lost everything, and I mean everything,” Mayor Brian Button told CBC News. – AFP