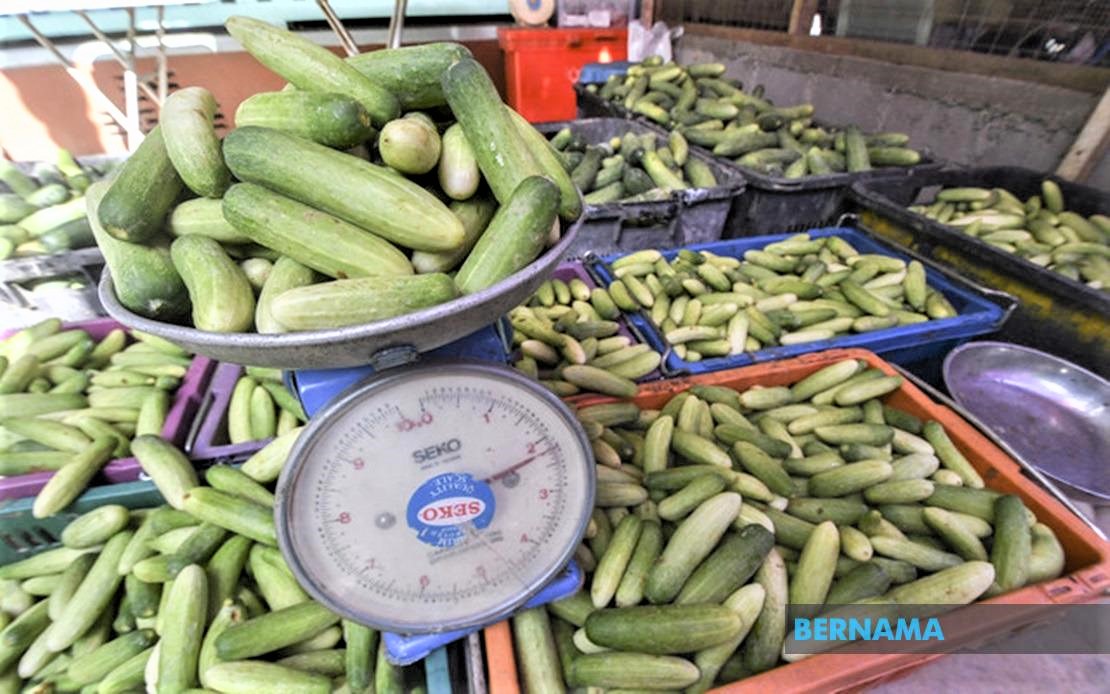 KOTA BHARU: While the debate may continue on whether a cucumber is a fruit or a vegetable, Mohamad Zulfazli Mohamad Arifin is reaping a lucrative income from the crop.

The 28-year-old farmer had not thought that he could earn a five-figure income every season (of two months) from the cultivation of cucumber.

He ventured into cucumber farming in 2018, cultivating about 1,000 baby cucumber plants through fertigation on a 0.3-hectre piece of land in Kampung Kubang Palas, Banggu, here.

At that time, he had left his job as a logistics personnel in a company in Singapore and was unable to secure employment in Malaysia.

“I was drawn to farming by the success of a schoolmate, Mohd Fadir Fuzai, who was enjoying tens of thousands of ringgit cultivating cucumber. I took the bold initiative of planting the crop myself with a savings of RM15,000,” he told Bernama at his farm.

Mohamad Zulfazli, who is a Bachelor of Maritime Operation Management graduate of Universiti Malaysia Terengganu (UMT), said the venture paid off with an initial income of about RM20,000.

“The cucumber was sold for RM2 to RM3 per kilogramme depending on the market price. It was marketed at the Rural Transformation Centre in Tunjong,” he said.

Excited over the returns, he started growing other crops as well, such as petola (luffa gourd), chilli and bitter gourd by seeking guidance from several local farmers as well as attending agricultural courses offered by the Agriculture Department.

The second of six siblings said he is able to harvest as much as 400 kg of cucumber daily, assisted by the 10 workers he had hired from among the young people in the locality.

“Alhamdulillah (Praise be to God), my farm is growing. The size of the cultivated land has increased to over 2.2 hectares, some areas of which are leased from the local people for RM300 to RM700 annually,” he said.

Mohamad Zulfazli said sales have been adversely affected of late due to the Covid-19 pandemic, but he has managed to market the crop outside Kelantan, especially at the Selayang Market and Klang in Selangor while also producing snacks for sale.

“My wife, Aina Fatini Md Rizan, 24, produces sambal bilis and fried bitter gourd for sale too. I also plan to make pickled cucumber so as to prevent dumping of excess harvest. However, I have to do some research on this,” he said. – Bernama

Note: Is the cucumber a fruit or a vegetable? Botanically, fruits contain seeds and come from the flower of a plant. A vegetable comprises all other parts of a plant such as leaves, stems and roots. In that sense, the cucumber is a fruit, but for culinary purposes, it is referred to as a vegetable.