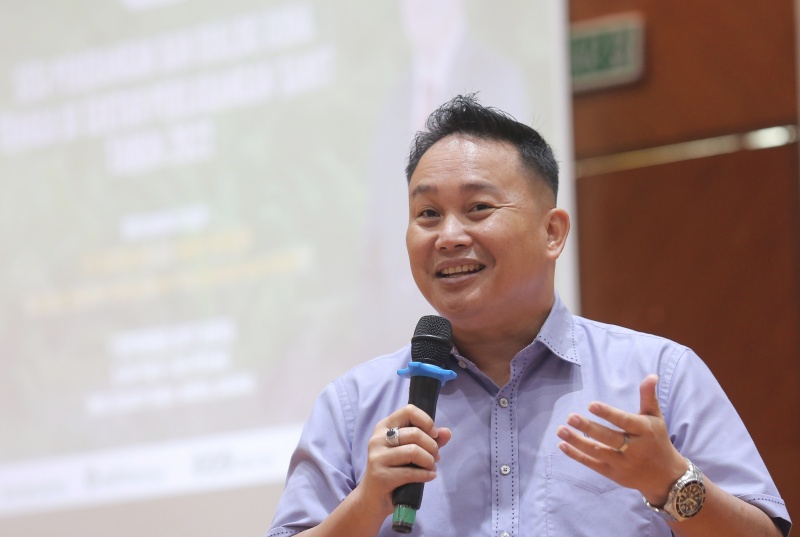 BINTULU: Oil palm industry players have been urged to increase machinery use to reduce the continued dependence on foreign workers which could affect the sector in the long term.

Deputy Minister of Plantation Industries and Commodities, Datuk Willie Mongin said the oil palm plantation industry is a sub-sector that is heavily dependent on foreign labour which accounts for more than 75 percent of total employment.

So far, he said, the entry of foreign workers into the oil palm plantation sector is still slow.

“As a result, the country’s oil palm industry had to bear a loss of up to RM10.46 billion for the first five months of this year involving a total of 7.52 million tonnes of oil palm fruit that could not be collected,” he said at the Energy Use Information and Dialogue Programme in the Oil Palm Plantation Sector Series 4/ 2022, here, today.

He said, in order to encourage the use of mechanisation in the plantation sector and address the issue of labour shortages, the ministry launched the Oil Palm Mechanisation and Automation Research Consortium (MARCOP) in November 2021.

In a related development Willie said the ministry is confident that organising engagement sessions with industry players can counter perceptions and accusations from certain parties who claim that Malaysia practices forced labour and child labour in the plantation sector.