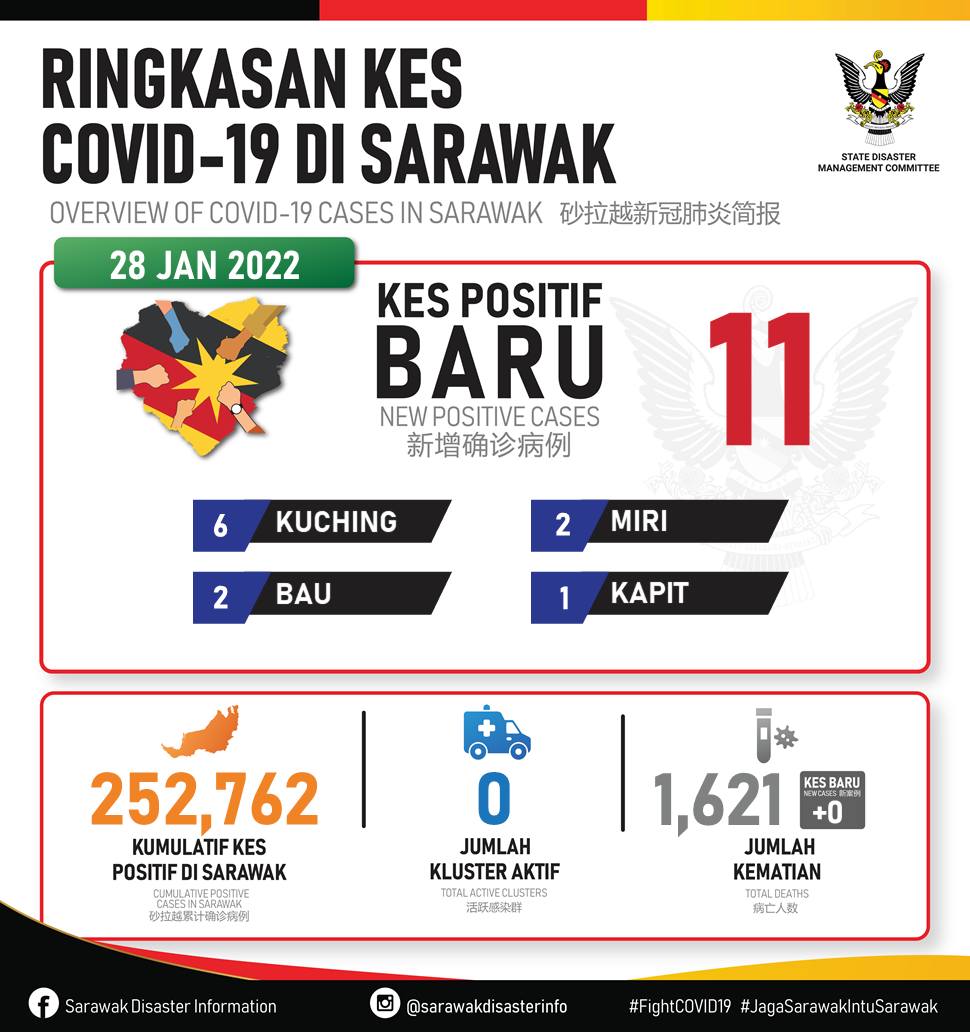 KUCHING: Sarawak saw a decreased number of Covid-19 cases on Friday (Jan 28) compared to the previous day’s 19 cases, bringing the overall tally to 252,762.

A total of 11 new cases were reported with seven of them in Category 1 while the rest were in Category 2.

According to a statement by Sarawak Disaster Management Committee (SDMC), Kuching recorded six new cases, followed by Miri and Bau with two cases each and Kapit one case.

No fatality or new cluster were reported on the same day.

Ten compound notices were issued in Kuching and another six to individuals in Sibu.

Seven of them had failed to scan the MySejahtera before entering a premises, six of the compounds were due to failure to maintain social distancing while three individuals did not wear their face masks in public.

THE state’s export value of timber products continued to show an increase of 26 per cent to RM1.04 billion in the first quarter of...

SMALL and medium enterprises (SMEs) are expected to recover...

By Gabriel Lihan THE Malaysian Government and its Indonesian...

SIBU: A local man died on the spot after...

KUCHING: A total of 50 paintball players from all...

KUCHING: Some 120 players will take part in the...

LIMBANG: Sarawakians are fortunate because the Gabungan Parti Sarawak...

By Gabriel Lihan NOW is the right time for global...

THE state’s export value of timber products continued to...

SARAWAK'S mining sector will be able to generate investments...

THE International Trade, Industry and Investment Ministry (MINTRED) has...