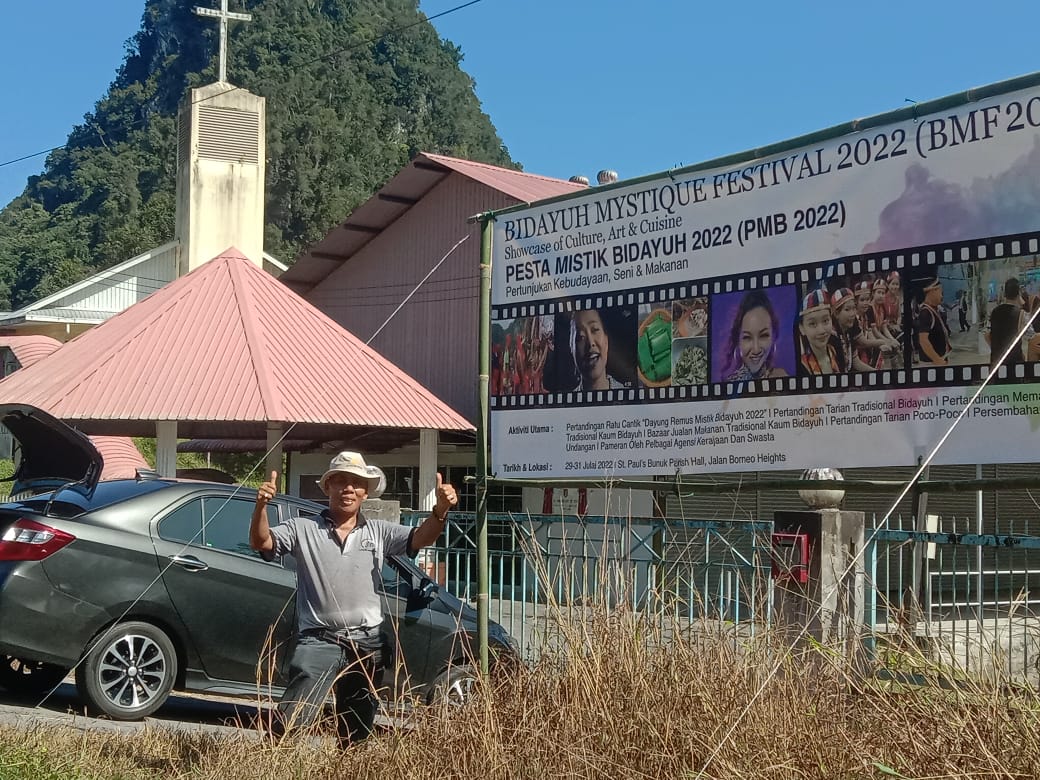 KUCHING: A Bidayuh traditional dance competition will be the curtain raiser for the Bidayuh Mystique Festival 2022.

The three-day festival organised by the Segu Bunuk Penrissen Association (PSBP) will take place from July 29 to 31 at the Parish Hall of St Paul Bunuk Church, Jalan Borneo Heights.

According to PSBP chairman Gabriel Michael, the traditional Bidayuh dance competition which will take place from 8pm on July 29 will be officiated by Deputy Minister of Plantation Industries and Commodities Datuk Willie Mongin who is also the patron of PSBP as well as the festival’s patron.

“The organiser is targeting a total of six traditional dance groups from Padawan, Penrissen, Serian and Bau to compete in the competition and win cash prizes worth RM4,700,” said Gabriel.

Apart from that, he said there will also be seven consolation prizes worth RM200 each.

Entries for the competition are still open until July 22, and any group interested in participating can register by contacting Alexson Kuye (Tel: 016 320 0313).

Meanwhile, on the morning of July 30, there will be a poco-poco dance competition which offers a cash prize of RM1,050.

“On the evening of July 30, there will be a beauty queen Dayung Remus Bidayuh Mystique Festival competition which will see ten beautiful Bidayuh girls vying for the queen title and cash prizes worth RM6,400.

“In addition, two popular Bidayuh singers, namely Rozie Mila and Claudia Geres have also been invited to enliven the festival atmosphere, apart from performances from dance group Freaky 4 Dance who won the 2017 KGT,” he said.

The next day (July 31) there will be a traditional Bidayuh cooking competition which offers cash prizes amounting to RM1,200.

According to Gabriel, there will be more than 40 stalls selling various Bidayuh cuisine in addition to exhibitions and sales by various government and private agencies.

To enliven the last day of the festival, several popular Bidayuh singers have been invited to perform.