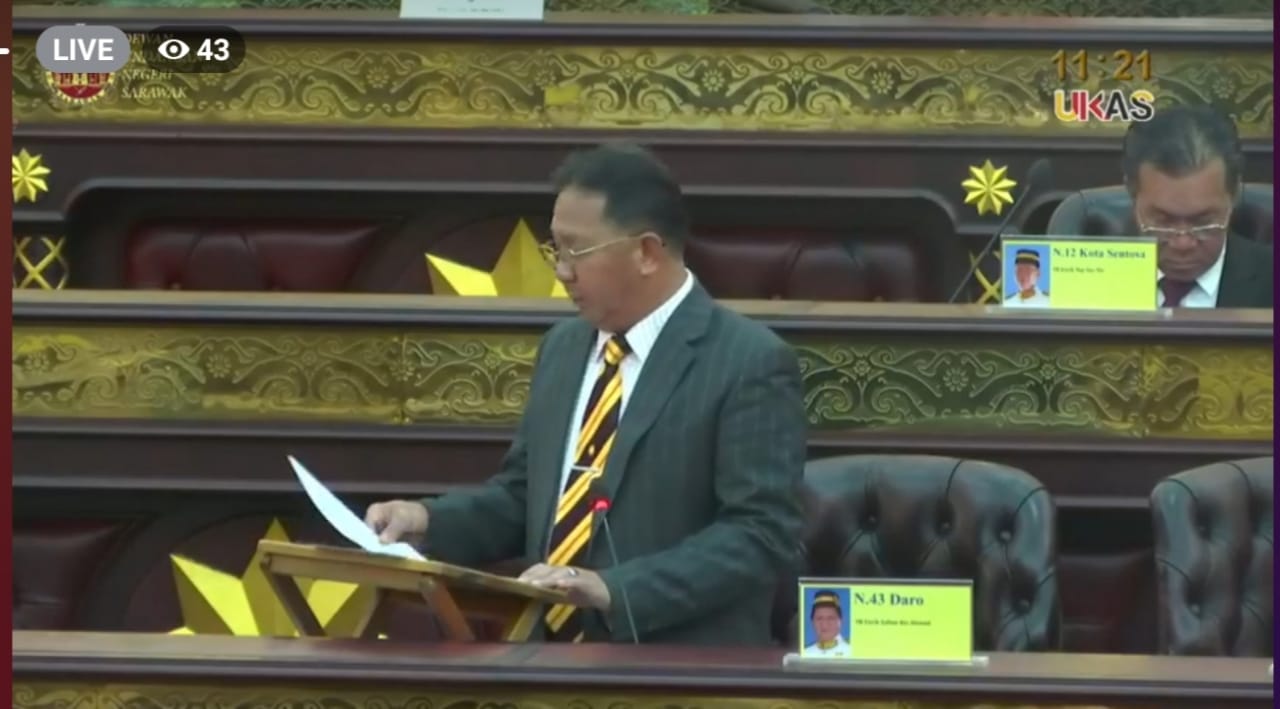 SAFIEE Ahmad (GPS-Daro) has welcomed the efforts by the state government to empower the farming sector.

“Apart from creating Agro Park, the basic farming infrastructure that is available at the moment such as irrigation and drainage system alongside bund road should be maintained and upgraded all the time so that it would not affect the small farming activities in villages.

“That being said, I urge that the allocation for Sarawak Department of Irrigation and Drainage (DID) for this purpose to be increased as well.”

He said this while debating the State Budget 2023 during the fourth day of 19th Sarawak Legislative Assembly (DUN) sitting on Thursday (Nov 24).

Safiee also pointed out that in order for telecommunication towers throughout Sarawak to be fully functional, the process of building communication facilities needed to be hastened.

“This is because there are some telecommunication towers within the Daro constituency that were completed for a year now have not been fully operating.”

On the issue of online gambling, in order for the social ill to be stopped immediately, he stressed that the authorities needed to be act firmly.

“If the problem is not solved seriously starting now, then it would be bigger than ever and it will affect the future generations.”

He then pointed out that rural area electrical projects (BELB) in several areas had faced a few difficulties and delays due to the problems related to “wayleave” from several oil plantation companies.

“Therefore, I suggest that these companies assist in “wayleave” in order for any government projects to be done smoothly.

“I also suggest that this matter to be inserted immediately under the provisional lease so that it would not be an issue in the future.”