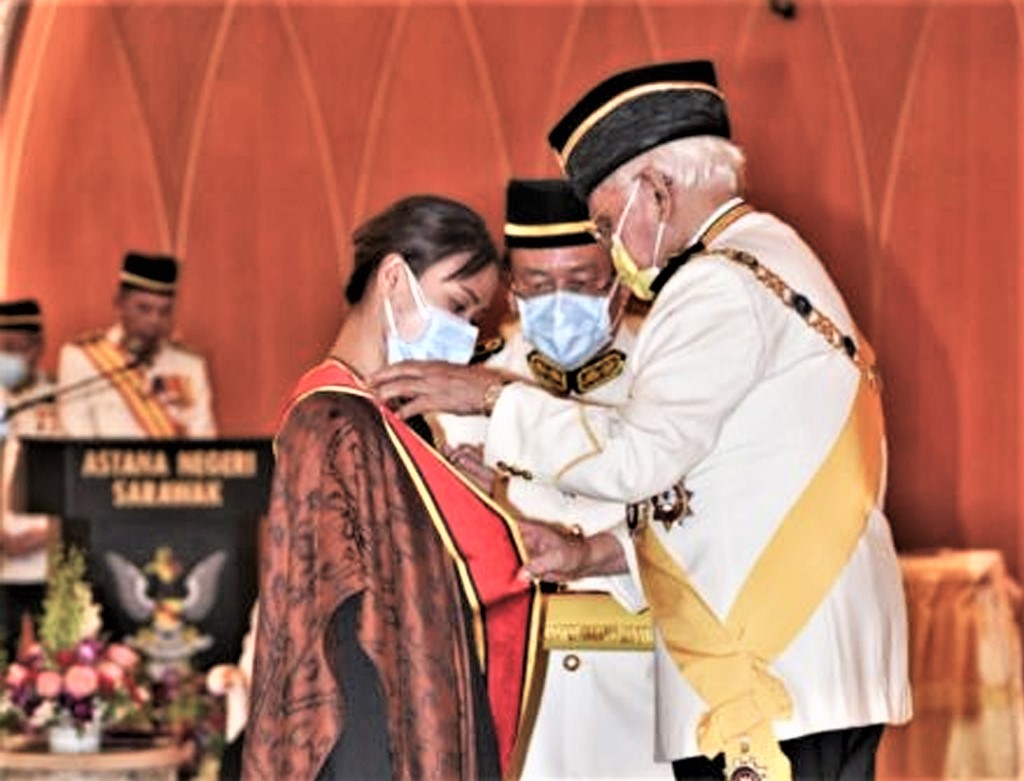 “It was very special and out of the ordinary because the person awarded was just simply extraordinary — a rural Bidayuh girl from a humble family of Kampung Jugan at Bung Bratak Bau.

“Out of sheer courage and determination, total focus, dedication and real grit, she has brought international honour and glory to not only Sarawak, Malaysia and the Dayaks generally but also to each and every Malaysian.

“And, of course, to the small economically-struggling Bidayuhs of Sarawak, one minority group in Malaysia that many others do not really know and which had been taken for granted, until Pandelela came along,” he said in a statement yesterday (Oct 10).

He shared that he personally knew Pandelela quite well as they both hailed from Bung Bratak: Pandelela is from Kampung Jugan and he is from the neighbouring Kampung Stenggang.

“When I first met her years ago with her dear dad, she struck me as one supremely confident young girl, self-assured and very calm and cool,” he said.

Minos recalled that she had said with a smile — ‘I want to be the best in diving to see the world’.

“I thought then that she was a little bit too confident. I turned out to be very wrong in underestimating her,” he said.

He said Pandelela had meant what she said and had done everything in her life and power to get to the very top, ending up as the best diving queen of Malaysia.

“The excellent one that put both Malaysia and Sarawak on the world map,” he commended.

He said Pandelela had not only brought great inspiration to Malaysians everywhere, young or old, but she had also created a highly significant message.

This message, he said, was that with great determination, passion, supreme confidence, total focus and real grit, any Malaysian of any background, race, and station in life could and would go to the very top, both nationally and internationally, bringing dignity, honour, class, and good name to all in Malaysia and Sarawak.

“Congratulations, Pandelela Rinong and love from Bung Bratak where we originally came from,” he said.

“Each and every one of them without exception had contributed to society in one way or another, and at times far beyond the call of duty,” he added.