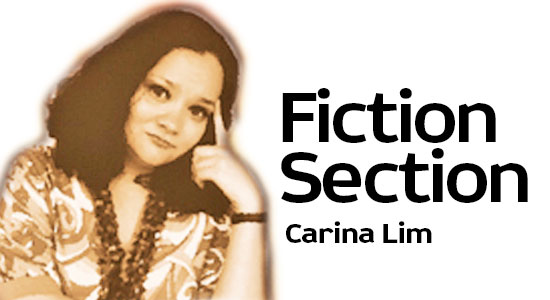 “Remember to pack your sunscreen. You always complain when you get sunburned,” Sharon reminded me before we called it a night.

“I’ll try. I have a memory of a carrot,” I pointed out before gulping down my drink.

An hour earlier three of my friends and I planned a day trip to a fishing village about two hours’ away from my place. We vowed not to sit on the couch and stare at our smartphone during the weekend. We agreed that it was high time to do something different and healthier. That was when we decided to leave the concrete jungle for a few hours. I was excited, especially for the car ride because we would sing on top of our lungs in the car. We will talk and most of the time, we will start laughing at Greg’s jokes. He was the class clown in secondary school anyway, and adulthood made his jokes funnier.

After coming back from the meeting, I took down my duffle bag and started packing. The last thing I threw in was my SPF 100 sunscreen. As a child during vacation, I used to swim for hours switching between spending time on the beach and swimming in the pool. I was out in the sun for too long that by evening after a cold shower, the pain from the sunburn started. When seen, it was burning red and warm and painful to touch. I learnt that the worst part to get sunburned was my shoulders. Thinking of this made me travel back in time to my childhood and it made me smile.

Filled with excitement, it was difficult to fall asleep that night. So I started counting backwards from ten to one. When that didn’t work, I imagined being at my favourite place. As the chirping sound of crickets slowly disappeared, my body relaxed, and I was dragged into dreamland.

“The last time we went to a trip together, we were still in school,” I informed my friends from the back seat when we passed a tall building.

“When we were young, wild and free,” Greg added. “Sharon and Rich were enemies if I remember it correctly.”

“Really?’ Rich asked. “It felt like I’ve been with Sharon forever.”

“Well if that’s the case, why don’t you propose to her?” Greg asked and started laughing.

“Who said he wasn’t?” Sharon shot back.

“When the time is right, eventually,” Rich said taking a quick glance at Sharon.

“Both of you will probably get married before us,” I thought loudly.

“You know, Greg has a crush on you, Rita” Sharon said suddenly.

“What?” my heart skipped a beat, and I turned to look at Greg. He was as shocked at Sharon’s words, but he had his eyes on me. He blushed and for the first time he didn’t know what to say. I too, was speechless.

“Thanks Rich,” Greg patted Rich on his shoulder when words found him.

“I had to tell her. She’s my girlfriend,” Rich defended himself.

“I said it was confidential. Don’t you understand what that means? Greg sounded furious.

“Isn’t it good that now you don’t have to be awkward when you’re with Rita?” Sharon had Greg’s back.

“This is suddenly awkward,” I said. “Today was supposed to be fun, so let’s stop blaming one another and have fun, okay?”

When I turned to see what it was, we had already hit something. A loud screech filled my ears as gravity pushed me to one side of the car while the car spun out of control before finally flipping. My head hurt and my vision was blurry. I didn’t need to see the condition of the car to know that the car turned turtle. I tried freeing myself but, I couldn’t move.

“Greg?” I called out weakly. “Can you smell that?”

“It smells like kerosene,” I heard him. “We are going to die and I’m scared. I meant what I told Rich. I like you, Rita.”

I didn’t know what to say because I was growing tired and light headed.

“Don’t sleep. Wake up! Wake up, Rita!” Greg shouted and I opened my eyes.

It was already bright and for a second I was thankful that it was just a dream. Everything didn’t feel right because we were supposed to go on a day trip. I should have woken up earlier, and Rich was supposed to pick me up before the sunrise.

I scrambled to my feet and looked at my phone to realise that I had forgotten to set the alarm and I overslept. Aside from that, I had eight missed calls from Greg and Sharon. Since that I didn’t answer their calls, they went ahead to the fishing village without me. When I called them to apologise, I couldn’t get through to any one of them. I waited before calling Sharon again and when she picked up, I breathed a sigh of relief.

Carina Lim bears different messages through her fiction. These messages could be useful in life. She can be contacted at mermaidgal03@yahoo.com