KUALA LUMPUR: Dayang Enterprise Holdings Bhd shares were actively traded in the morning session on a news report that the company is proposing to restructure its debt with an RM682.5 million sukuk issuance. 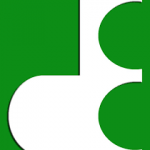 According to a financial daily, about RM365 million from the money raised would be advanced to Dayang’s subsidiary Perdana Petroleum Bhd to settle the latter’s existing borrowings.

“Dayang, which owns a 60.5 per cent stake in Perdana, will then subscribe for RM455 million worth of redeemable convertible preference shares (RCPS) under a renounceable rights issue that Perdana is proposing to undertake.

“This will set off the RM455 million debt that Perdana owes Dayang,” it said. – Bernama