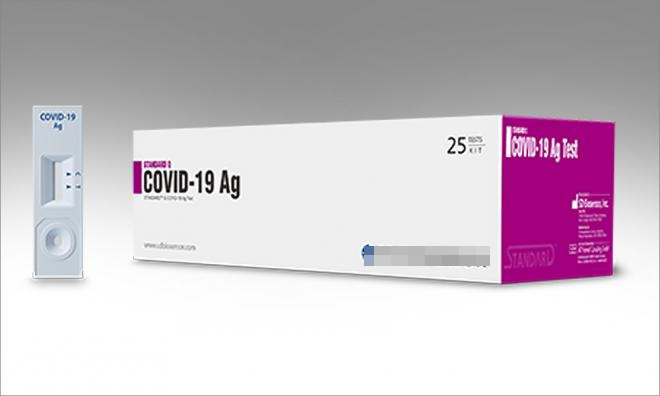 KUCHING: The state Labour Department will reconsider granting extension deadline for the mandatory RTK (Rapid Test Kit) testing for foreign workers in the state which is scheduled to complete by Feb 28.

This is in light of the limited health facilities assigned to handle large number of tests.

RTK Antigen test is a rapid screening method for Covid-19 and recognised by the Ministry of Health (MoH).

The extension request was made by Sarawak Oil Palm Plantation Owners Association (Soppoa) led by its chief executive officer Andrew Cheng during a meeting with the department at the latter’s headquarters here on Friday.

“Human Resources Minister Datuk Seri M. Saravanan recently announced that it is compulsory for all sectors nationwide to have foreign workers tested for Covid-19 infection using the RTK Antigen by Feb 28 or risk not having their foreign workers’ permits renewed.

“Therefore, Soppoa has requested for an extension due to the large number of foreign workers involved and limited health facilities especially in Miri, Sibu and Bintulu divisions where the biggest contingents of plantation foreign workers are employed.

“To this, the Labour Department has informed that it will reconsider granting extension dateline on completion of mandatory RTK testing for foreign workers in Sarawak unless it is absolutely necessary,” Soppoa said in a statement today.

During the meeting, the Social Security Organisation (Socso) had also confirmed that the Royal Malaysian Airforce (TUDM) had airlifted 105,000 RTK Antigen test kits to Sarawak on Feb 4 and had been distributed to the various Socso district offices for distribution to panel clinics.

“There are about 120,000 registered foreign workers out of which 70,000 are for the plantation sector.

“Employers are advised to negotiate with relevant medical centres on cost involved for the professional services but the RTK kits are provided free by Socso for foreign workers who are registered under it.

“Employers who have yet to register their foreign workers with Socso can still do so without any penalty imposed on employers during this grace period,” Soppoa added.

Additionally, Soppoa also voiced concern over the high fees charged for some of the professional or logistic services due to limited clinics and some panel doctors not willing to travel and perform RTK Antigen tests in remote/rural work premises and locations. Socso has been requested to look into this matter.