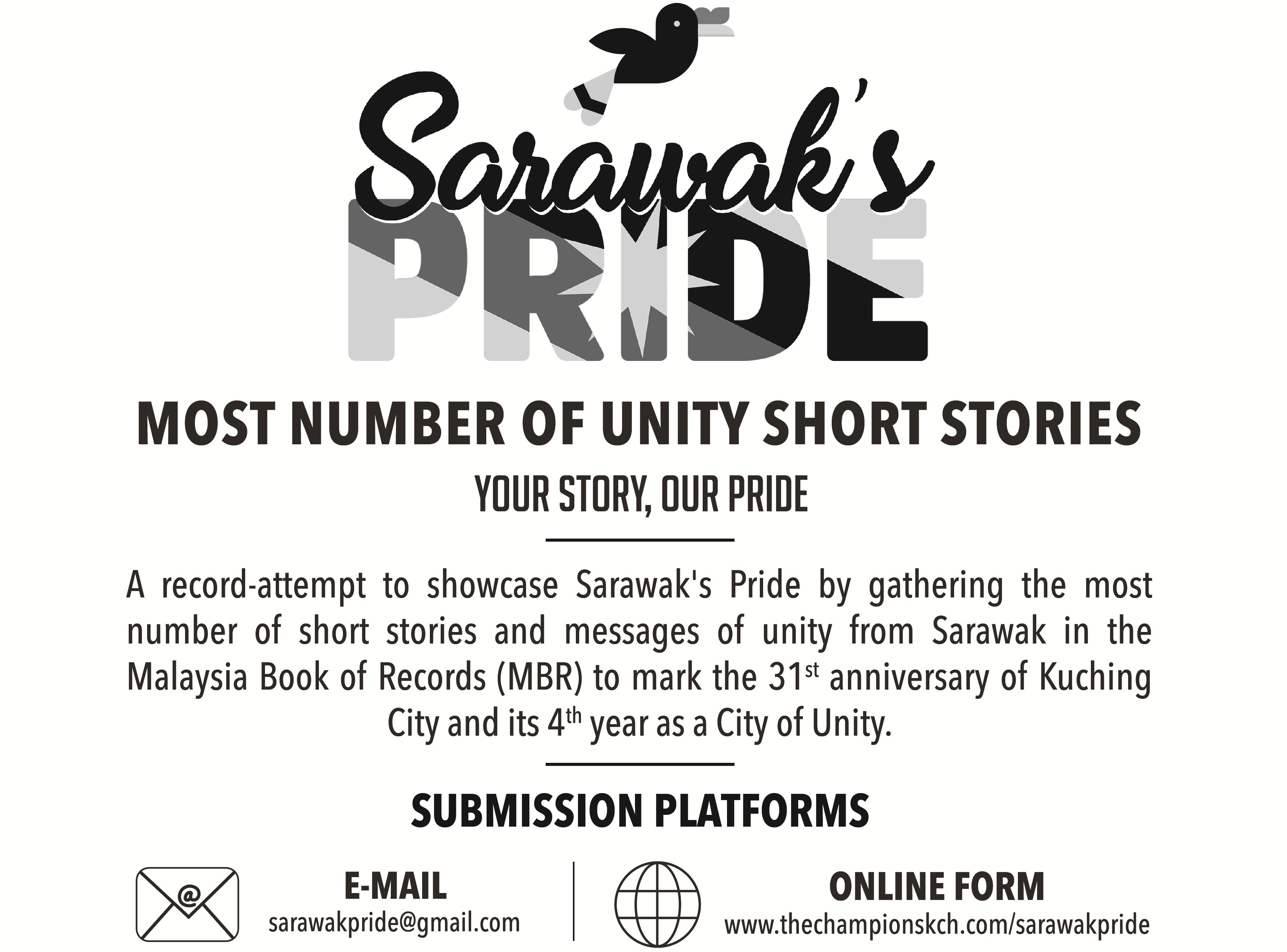 KUCHING: The organisers of the Sarawak’s Pride – Most Number of Unity Short Stories Project are extending the deadline for submissions of short stories to June 30.

The project is a record-attempt to showcase Sarawak’s pride by collecting the most number of unity short stories from Sarawak in the Malaysia Book of Records (MBR) and was launched on February 12, 2019.

The deadline has been extended due to requests made to the organisers from various associations and groups whose members have yet to send in their submissions.

The organisers have received almost 400 stories to date, and as MBR have set a minimum of 1000 stories to be collected to create the record, they are continuing the call to members of the public to submit their stories soon to achieve this goal.

As Kuching will be celebrating its 31st anniversary as a city and the fourth year since being accorded the title “City of Unity”, Yayasan Perpaduan Sarawak (YPS) and Sarawak Development Institute (SDI) are organising this project with the aim of collecting short stories on unity from all walks of life in the state and then sharing with everyone to understand why unity is the state’s pride and how unity may be further enhanced.

Selected stories will be showcased at a walk-in maze which will be set up at the Kuching Waterfront on August 3 in conjunction with Kuching City Day celebration which will be officiated by the Head of State, who is also the chairman of YPS, and later on in Sibu, Bintulu, and Miri.

Those whose stories are selected among the top three best overall stand a chance of winning the grand prize of an Apple MacBook Pro 13, the second prize of Apple iPhone XR 128GB, and the third prize of Apple Airpods. There are also 33 consolation prizes up for grabs.

For those interested to submit their short stories may do so via e-mail to sarawakpride@gmail.com, or by filling up an online form at the YPS’s website at www.yps.org.my, or by sending a submission to the SDI WhatsApp number at 013-6718063. 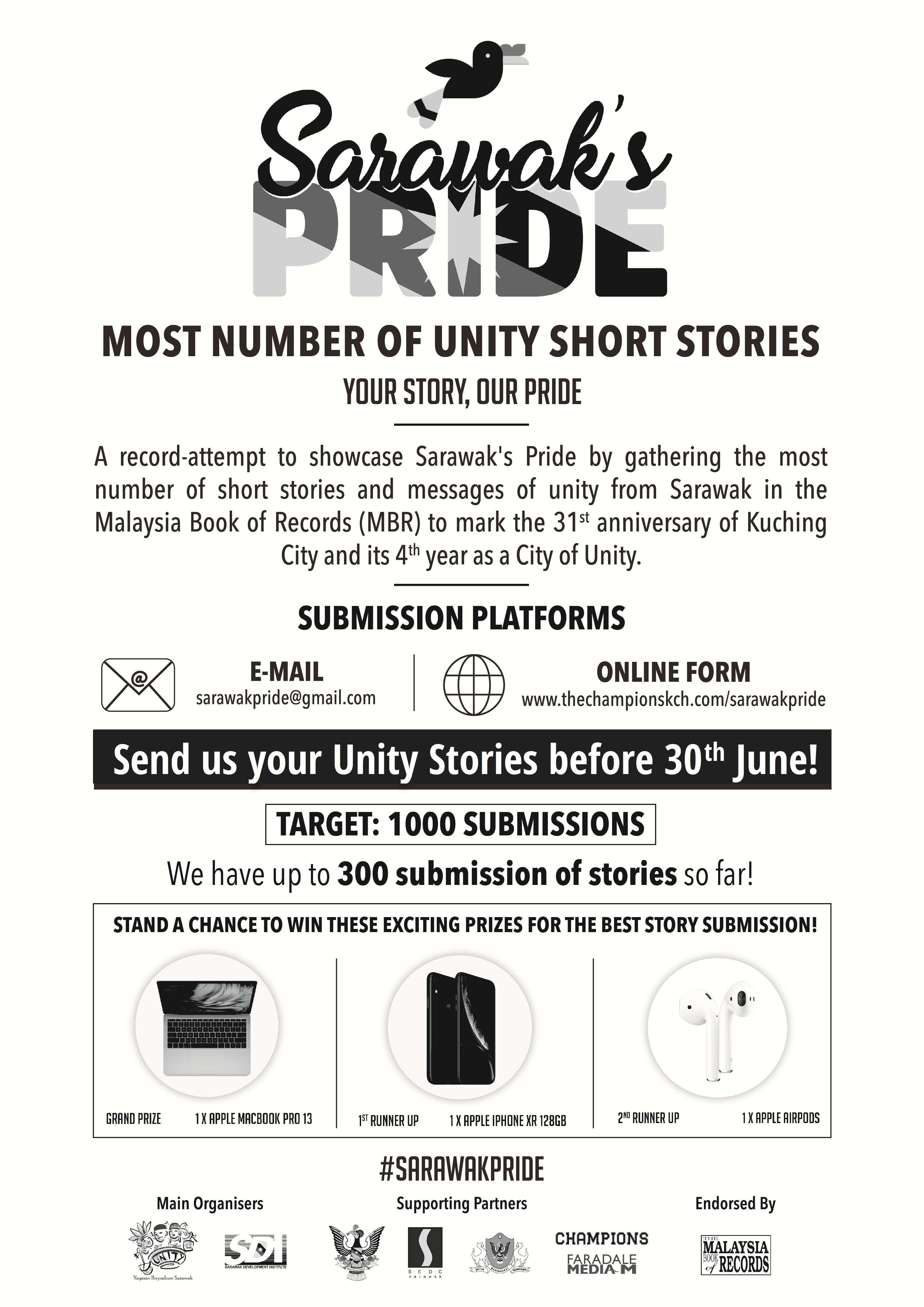