KUCHING: The Health Ministry will conduct a pilot logistical trial for safe delivery of the Pfizer Covid-19 vaccine to Belaga tomorrow.

The main challenge is that the vaccine needs to be kept at minus 70 degrees Celsius or below.  Supplied by Pfizer BioNTech, it is based on a novel technology that uses synthetic mRNA to activate the immune system against the virus,

Utilities Minister Datuk Seri Dr Stephen Rundi Utom said the experiment was being conducted to determine how the vaccine could be transported while retaining the low temperature.

“This is just an experiment because when the real vaccine arrives in Sarawak later, we must be able to maintain the temperature and send it to Belaga, Baram and other rural areas.

According to a medical doctor contacted by New Sarawak Tribune, any change in temperature of the vaccine on arrival at the targeted location would render it ineffective.

“The vaccine’s complex and super-cold storage requirements are an obstacle and may impact when and where it is available in rural areas where resources are tight.

“The temperature must maintained  at minus 70 degrees Celsius. In addition, once taken out of its delivery box, the vaccine must be used within the first six hours and this poses a tremendous logistical issue,” the doctor, who requested anonymity, said.

He said this would be a challenge in all settings because hospitals in the country did not have storage facilities for a vaccine at that ultra-low temperature.

Dr Rundi said the trial delivery would be from Bintulu Airport to Belaga.

“If the Health Ministry feels that the trial is successful, then we will continue the effort after the vaccine arrives in our state,” he said when met by reporters after launching the Ministry of Utilities 2021-2025 Organisational Anti-Corruption Plan here today.

Dr Rundi said the journey for the sample would start from Kuching International Airport to Bintulu Airport. It would then be sent to Belaga by land, a journey which would take about four hours.

“During this trial, they will use saline water which has similar conditions,” he explained.

Dr Rundi said the real vaccine, which would only be available in February, would also be given to other areas in Malaysia, including Sarawak.

He said the Pfizer vaccine must be stored at a negative 70 degrees Celsius compared to vaccines from China that could be maintained at room temperature.

“However, we also have other vaccines such as AstraZeneca which is manufactured by some foreign countries,” he said.

Dr Rundi said the people did not have to worry about the effectiveness of the different vaccines because the important thing was that they would be able to develop antibodies. 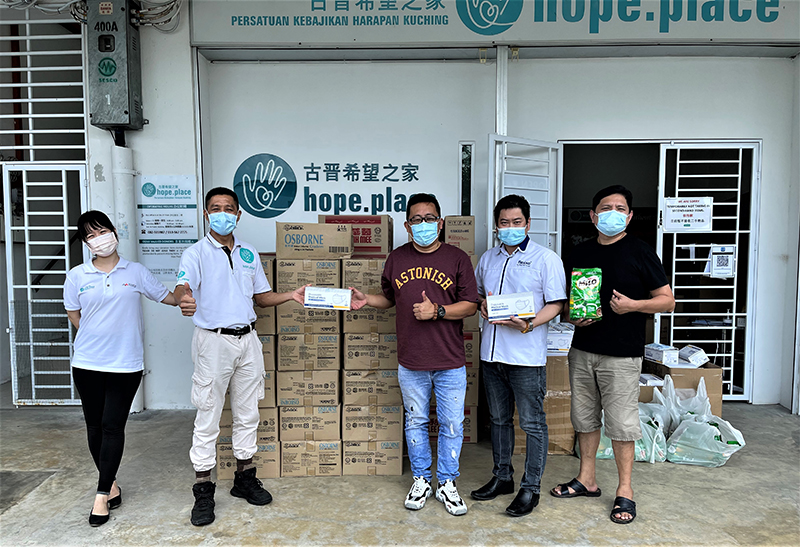