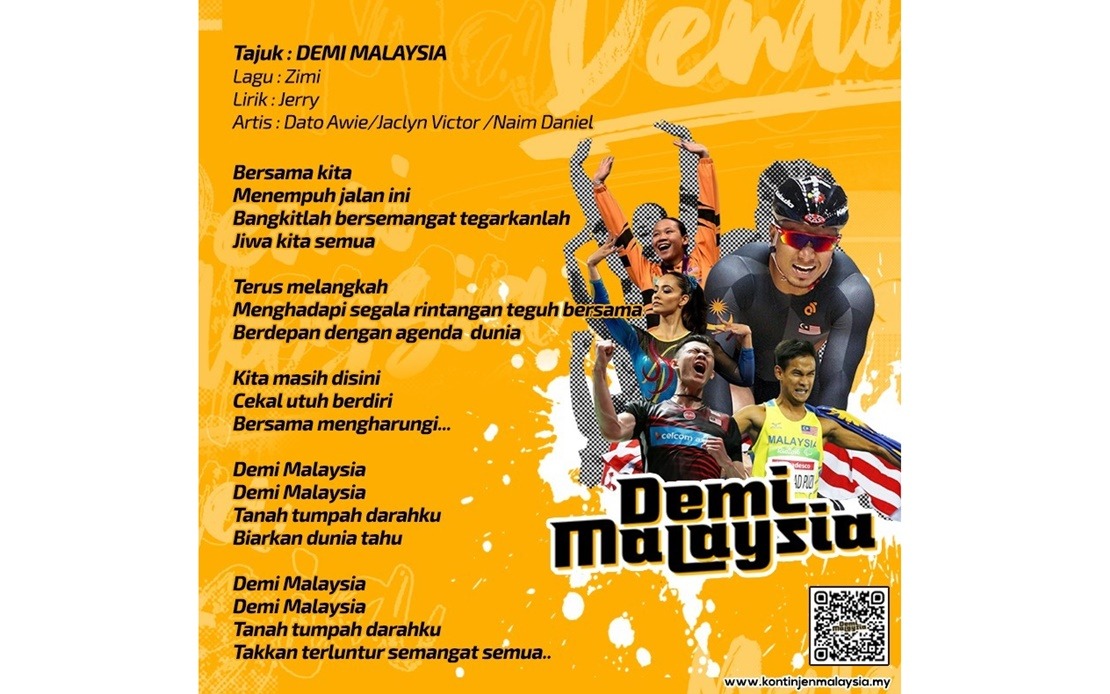 KUALA LUMPUR: “Demi Malaysia” has been chosen as the official theme song to ignite the spirit of the national contingent and the people for the Tokyo 2020 Olympic and Paralympic Games in July and August.

The Youth and Sports Ministry, in a statement today, said the three artistes were selected based on the uniqueness of their voices that complement the concept of the song as well as their popularity among Malaysians.

“Demi Malaysia” was inspired by the fighting spirit of the national athletes participating in the Tokyo 2020 Olympics beginning July 23. The song and lyrics were composed to foster the spirit of togetherness with Malaysians to support the athletes in the world’s biggest games,” the statement read.

At the same time, the ministry also received cooperation and support from the group of loyal supporters of the Malaysian football team, the Ultras Malaya, whose chants of “Demi Malaysia” were included in the song.

Meanwhile, Youth and Sports Minister Datuk Seri Reezal Merican Naina Merican described “Demi Malaysia” as a manifestation of the commitment and spirit of all Malaysians who always put the country’s interests first in any situation. Demi Malaysia was also chosen as the slogan to rally and motivate athletes during the launch of the 100-day Countdown to Tokyo Olympics 2020 in April. – Bernama

Soniia to fight till the end in Tokyo