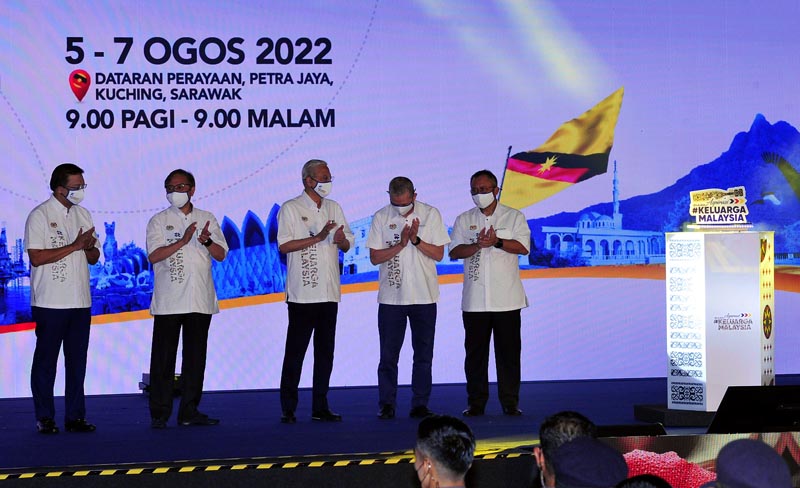 KUCHING: The federal government has always placed priority on the development of Sarawak.

Prime Minister Datuk Seri Ismail Sabri Yaakob said this was proven by the allocation of a development expenditure of RM4.55 billion in the 2022 Second Rolling Plan of the 12th Malaysia Plan (12MP).

“In addition, to ensure the comfort and convenience of the future generation, an allocation of RM5.77 billion has been provided under the 12MP to develop and upgrade schools and educational institutions in Sarawak,” he said.

He said this at the closing of the state-level Jelajah Aspirasi Keluarga Malaysia 2022 held at Dataran Perayaan, Petra Jaya today.

Ismail Sabri added that out of 409 new development and extension projects, 111 projects were now fully completed.

He added that an allocation of RM2.16 billion was also provided to cover 361 projects to upgrade and redevelop schools with dilapidated buildings.

In the health sector, Ismail Sabri said a total of six hospital and clinic construction projects were implemented in the state, involving additional buildings, medical equipment and quarters.

“So far, the Sri Aman Hospital has been completed, while five more projects involving a cost of RM695.5 million in Miri, Mukah, Kuching and Serian are expected to be completed next year,” he said.

Under the Ministry of Rural Development (KPLB), he said RM13.4 billion is allocated for infrastructure development to ensure the comfort and well-being of the Malaysian Family in Sarawak.

“At the same time, the federal government and Sarawak government are also committed to provide internet facilities for the people in the state through the National Digital Network Plan (JENDELA).

“For this purpose, the government allocated as much as RM4.09 billion under the 12MP to ensure a comprehensive broadband access in Sarawak by 2030,” he said.